The public accounts committee in Papua New Guinea has heard a firsthand account alleging bribery and extortion in the country's health sector. 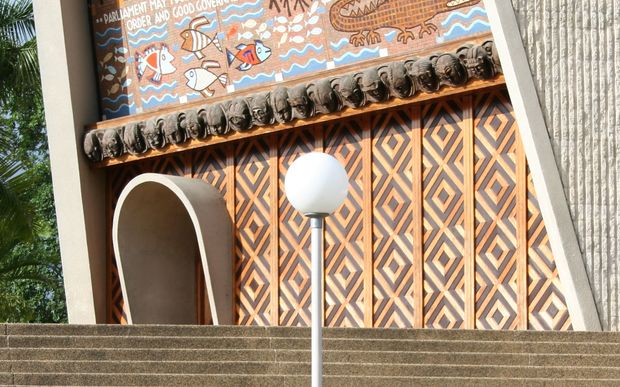 In a livestream of the Monday hearings broadcast by EMTV, the owner of a local logistics company contracted by government to distribute medicines in the Momase region admitted paying multiple bribes totalling more than $US30,000 to a public health official, Paul Dopsie, who is in charge of the Health Department's tender evaluation team, to fast-track invoice payments.

Responding to questions from the committee's deputy chair Gary Juffa, the managing director of Global Customs, Harupa Peke, told the committee he was the victim of extortion.

When Mr Juffa asked, "Mr Peke, do you know that what you did was criminal?", Mr Peke replied, "I was forced to do that."

Mr Juffa then asked,"how were you forced to do this?" to which Mr Peke replied, "It was a demand that I had to give the money."

Gary Juffa continued to pursue his line of questioning: "And if you didn't pay then what would happen, what was the threat? Was there a threat?"

Mr Peke answered:"Well, my invoices will be delayed. I won't be paid for a longtime."

Mr Peke told the committee after a while he refused to pay Mr Dopsie, which resulted in his invoice payments being delayed for up to two months.

Mr Peke said he submitted an official complaint to the department of health but withdrew it before Mr Dopsie was officially investigated.

The Public Accounts Committee noted that not long after the complaint was withdrawn, Mr Peke was awarded another lucrative government drug distribution contract.

Mr Peke also told the committee that after withdrawing his complaint, he had no more problems with getting invoices paid on time.

EMTV online reports more witnesses are being called before the committee to give evidence on the Global Customs case including Mr Peke's accounts clerk, Basil Roma, who he said was present during one of the bribery payments.