Cyclone Rita has been downgraded to a category two storm as it moves towards Vanuatu. 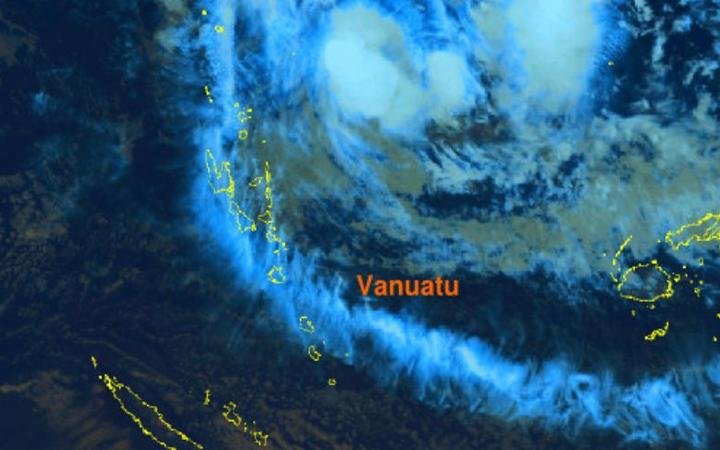 Overnight the cyclone became a category three storm, with sustained winds of 130km/hr, gusting up to 160km/hr.

However, those winds have decreased to 95km/hr with gusts of up to 130km/hr.

A short time ago, Cyclone Rita was 255km east-northeast of Vanuatu's Gaua island.

Vanuatu Metservice manager Fred Jockley said conditions in the area were still conducive for cyclone strengthening so communities were still being warned to stay alert.

"The storm is showing some signs of weakening but the gales are mostly collected in the eastern quadrant of the system and so we are still maintaining a red alert for Torba province and of course a yellow alert for Penama Province and Sanma."

People have been advised not to go out on the water as very rough to phenomenal seas are expected over northern waters.

Our first Tropical Cyclone of the season, TC Rita lies just northeast of Vanuatu as seen in the satellite imagery below. More details can be found here https://t.co/z9v1HFMufi current forecasts shape towards Vanuatu as it eases to a Cat 1 storm. It will not be heading to NZ. ^KL pic.twitter.com/rAGXzIhtAn