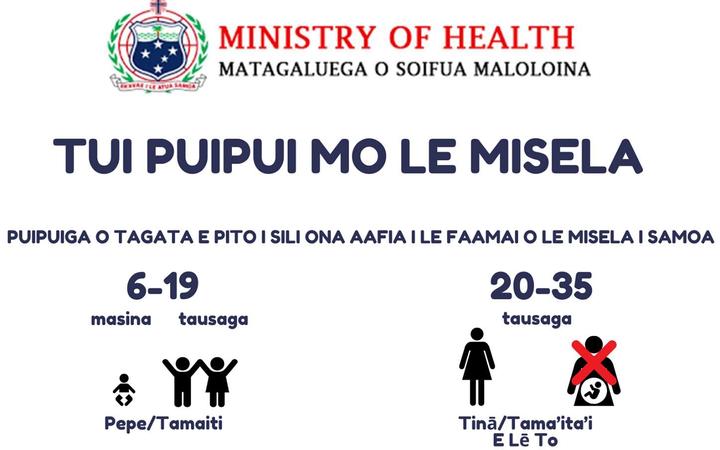 It said vaccination provided the best and safest protection against measles.

As part of the campaign, all Samoans aged between six months and 19 years, and all women aged between 20 and 35, except if they are pregnant, will be vaccinated for free.

The government said those were the groups most at risk of serious complications from measles, including death.

Seventeen people have reportedly died in Samoa during the outbreak and the government has said all the children who died were unvaccinated.

A list of times and places where measles vaccines are available is on the Ministry of Health's website.

Vaccination teams would also be going out into communities. 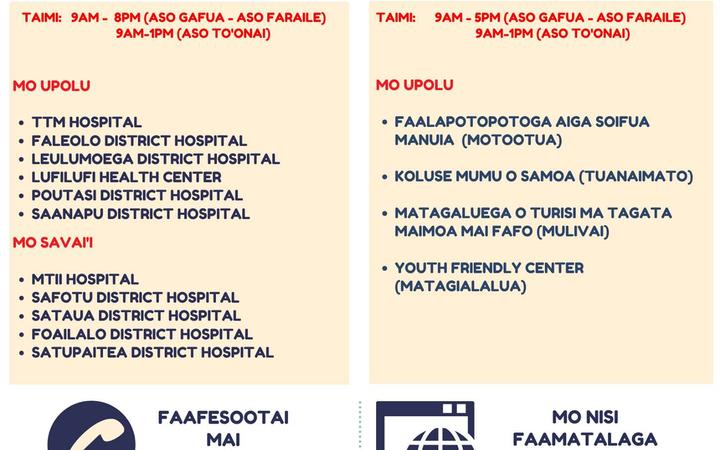 Meanwhile, Samoa's Red Cross said medical centres in the country would be packed for the next month with families seeking measles' vaccines.

According to UNICEF, which has delivered more than 110,000 vaccines, only 26 percent of the population had both doses of the vaccine as of last year.

Speaking on Wednesday, the local Red Cross secretary general, Namulauulu Tautala Mauala, said there had been a good turnout from the public.

"We have seen over 300 people...There are still people coming in because we are not yet closed, we'll be closed at five [pm]. And it's gonna be like that for the next three, four weeks."