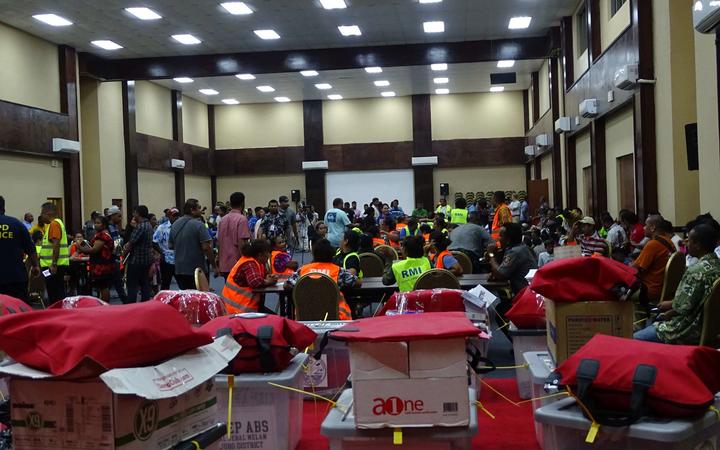 Tabulation of votes cast in Majuro during Monday’s national election began at the International Conference Center at midnight Monday and is ongoing with dozens of poll watchers following each of the tabulation tables. Photo: Hilary Hosia

At least three senators in the Marshall Islands are on the brink of losing their seats as vote counting continues.

On Majuro, David Kramer and Sherwood Tibon are behind in the count while seven-term Kwajelein senator Alvin Jacklick could also lose his seat.

Ms Heine is ahead in the count for her constituency but could face an uphill battle if she decides to run for a second term as president.

Our correspondent in Majuro, Giff Johnson, said unofficial results for all constituencies should be announced by the weekend.

"And then there is a two week period in which candidates can appeal call for a recount file court challenges," he said.

"Whatever they want to do and at the end of the 14 days that is when the chief electoral officer has the authority to declare the election final and declare a final result."

Mr Johnson said after official results are announced, there will be about a month of horsetrading before a president is elected during the first sitting of parliament in January.