The Guam men's football team remain winless in the second round of Asian Cup qualifying following a 3-1 defeat in the Maldives overnight.

Maldives have beaten Guam home and away. Photo: Football Association of Maldives

The Matao went behind to an impressive strike from Ali Samooh midway through the first half in Male before an own goal from midfielder Travis Nicklaw saw the US Territory fall two behind at the interval.

John Matkin gave Guam a lifeline four minutes into the second spell but despite an improved second half showing the Matao were unable to find an equaliser as Maldives goalkeeper Mohamed Faisal produced a series of top saves. 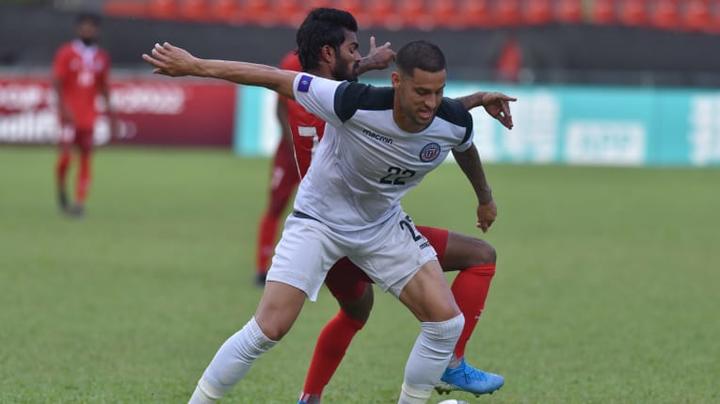 Travis Nicklaw conceded an own goal during the first half. Photo: Football Association of Maldives

The home side sealed their second qualifying victory over Guam in added time when Ali Ashfaq beat the offside trap and lobbed the ball over Guam custodian Dallas Jaye.

The Matao have lost all five of their matches in Group A and are next in action away to the Philippines in March.