The media director of Vanuatu's Daily Post newspaper, Dan McGarry, is confident the courts will allow him to return to the country. 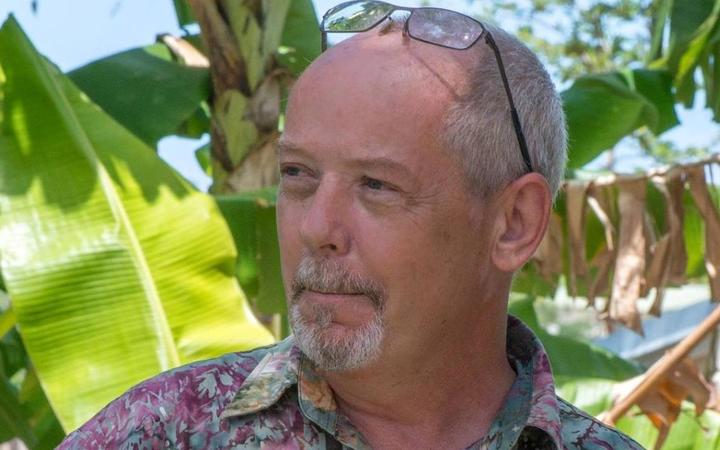 Mr McGarry has lived in Vanuatu for 14 years and has served as media director of the local paper for the last four.

He was barred from travelling back to the country during the weekend.

Earlier this month, his application to renew his work permit was rejected, which he is appealing.

In the interim, he travelled with his wife to Brisbane but when he tried to return on a visitor's visa he was stopped from re-entering Vanuatu by immigration authorities.

Mr McGarry said his lawyers had told him that while his appeal was being considered, he had every right to be with his family in Vanuatu.

His partner has now returned to Port Vila to join their two children.

Mr McGarry, speaking from Brisbane, said he had a great deal of confidence in the Vanuatu judiciary.

"They have stood up under extreme stress in the past when political matters came in front of them.

"The governments of Vanuatu for decades have always deferred to the judgements that were handed down and I don't see any reason to believe that it would be different in this case."

Yesterday I was barred from returning to my family by Vanuatu Immigration. I was denied permission to board.

My family is being ripped apart by a govt that doesn't want its people to know about rising Chinese influence. Statement coming soon. pic.twitter.com/AJMJNqTZRc

His lawyers have said they will challenge the case in court.

Mr McGarry has previously linked the work permit rejection to the Daily Post running stories critical of the growing Chinese influence in Vanuatu.

Vanuatu officials have denied the rejection is political, but say the paper should be headed by a ni-Vanuatu under local laws.

The watchdog group, Reporters Without Borders, has called on Prime Minister Chariot Salwai to immediately reconsider a decision, that it said was both mean and unjust.

Its Asia-Pacific director Daniel Bastard said the "crude violation of press freedom fuels grave concern about the situation throughout the Pacific region and must not serve as an example".