The Marshall Islands President says a court decision ruling out postal voting by overseas citizens will protect the integrity of the voting system. 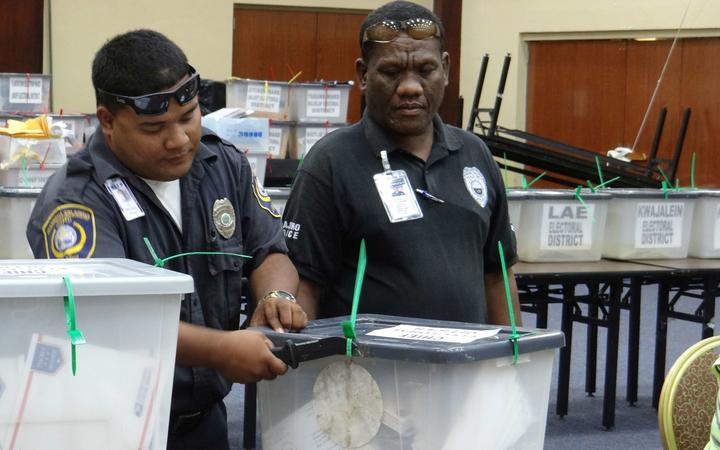 In this file photo from the 2015 election in the Marshall Islands, police officers open a box containing absentee ballots received from Marshall Islanders living in the United States. November's election will be the first since independence to exclude postal votes. Photo: Marshall Islands Journal

Earlier a last-ditch attempt to restore postal absentee balloting for Monday's national election failed when the Supreme Court rejected an emergency motion for reconsideration of the October decision.

Ms Heine said the government did want to find a way for overseas residents to vote securely but it would be up to the newly elected administration to work on those issues.

She said the Supreme Court clearly found there was no constitutional right to a postal ballot or any other specific measure of voting for citizens residing overseas. 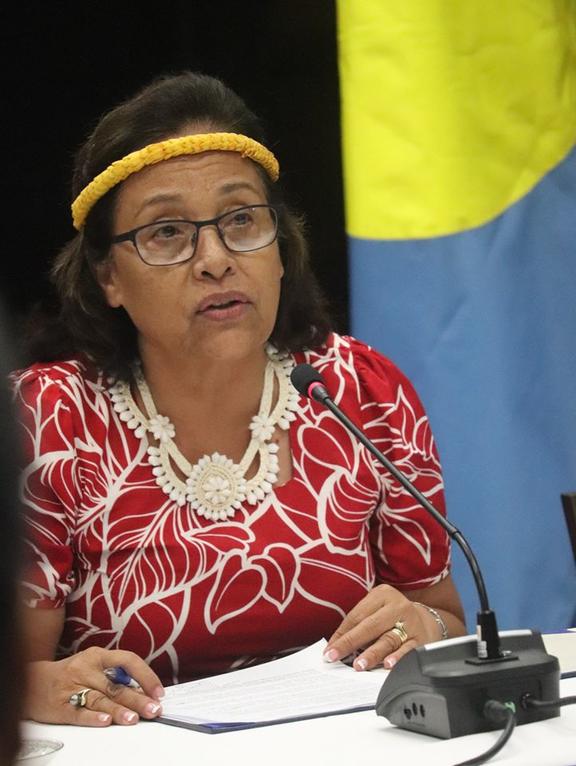 The President admitted the decision was not popular but she said the top priority for the government was to take a stand against corruption, claiming that in previous elections, some overseas voters took advantage of a lack of security to engage in unlawful activities like vote staking and multiple voting.

"We know that some people would gather ballot forms and vote for others, and we know other illegal acts have taken place, all because to this point the integrity of the system of overseas ballots could not be guaranteed," Ms Heine said.

"My Government has worked for this entire parliamentary term to stamp out corruption in various forms that has sadly occurred in the past, and we must continue to ensure that there is no rigging of votes in this election," she said.

Ms Heine has called on all Marshallese who believed in honesty and integrity to support the decision.

She said politicians who criticised the move and wanted to bring back postal votes with no structure were those who would only be elected by vote rigging.