The environmental group WWF has warned that bushfires are about to wreck any hope of diversifying New Caledonia's economy. 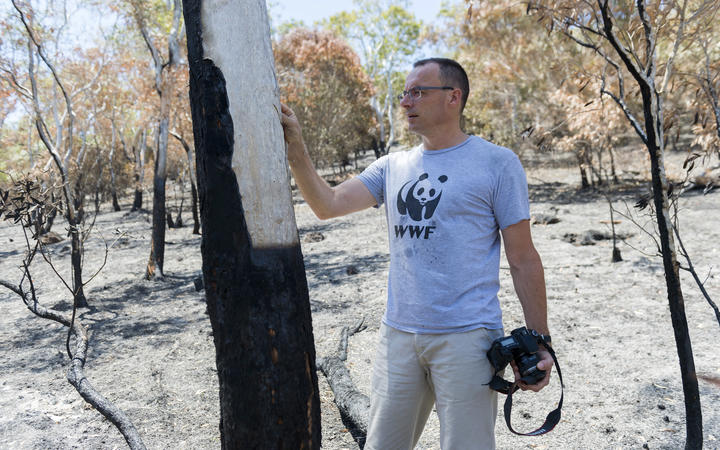 The WWF's Hubert Geraux surveys fire damage in 2015. Over 100 square kilometres have now been ravaged by fire in the past two months Photo: AFP

In the past two months more than 100 square kilometres of vegetation have been ravaged by wind-fuelled flames, including a 75-hectare pine plantation in the north of the main island.

According to Mr Geraux, bushfires are the main reason for New Caledonia's biodiversity and fauna being put at risk.

While there are hopes to use the territory's natural beauty as a drawcard, he says the fires destroy the habitats of birds, butterflies and geckos.

New Caledonia's economy depends on its huge nickel resource which accounts for almost all export earnings.

Winds have in the past week carried thick smoke from the fires in neighbouring Australia to the south of New Caledonia.