Both the Papua New Guinea Kumuls and the Great Britain Lions will be looking to finish their season on a winning note when they meet in Port Moresby today. 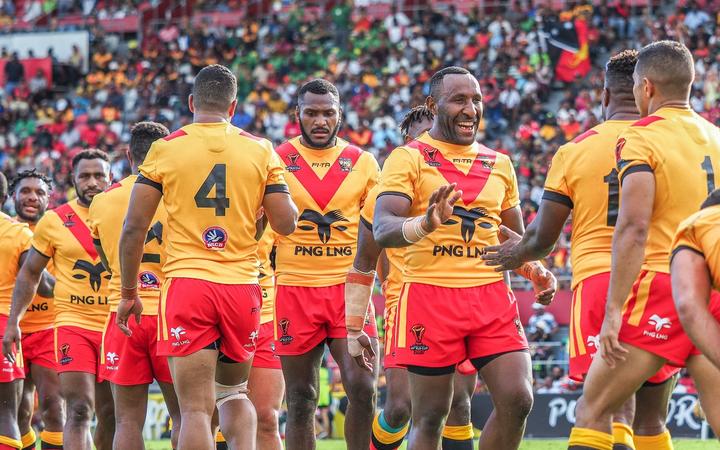 The Kumuls return home following a thrilling contest which saw them go down 22-20 to Fiji in Christchurch, but they have a chance to finish their season on a high when they tackle the Lions at home.

Despite last weekend's loss, head coach Michael Marum said it was one of the best games they've played given it was their lack of time together.

He said the team would need to capitalise on all on-field opportunities when they came up against Great Britain tonight.

"We missed a few opportunities you know that can't happen against topsides like England, so we need to make sure we play well and make sure we compete for the entire 80 minutes," Michael Marum said.

The last time PNG hosted an official rugby league test-match at home was against USA in the 2017 Rugby League World Cup.

Marum said it's always exciting to play in front of a home crowd.

"It's good to be versing a Great Britain side over here," he said.

"They haven't had their best game so far but they'll be hard to beat at home."

Great Britain are still chasing a win after a two consecutive tour defeats against Tonga and the Kiwis.

Rugby league enthusiasts will be excited with a lot of history played between the two sides.

Great Britain were the first International team to play PNG Kumuls in 1975 in Port Moresby after PNGRFL became a full member of International Rugby League in 1974.

They've played on nine occassions and today's match will mark 23 years since their last meeting. 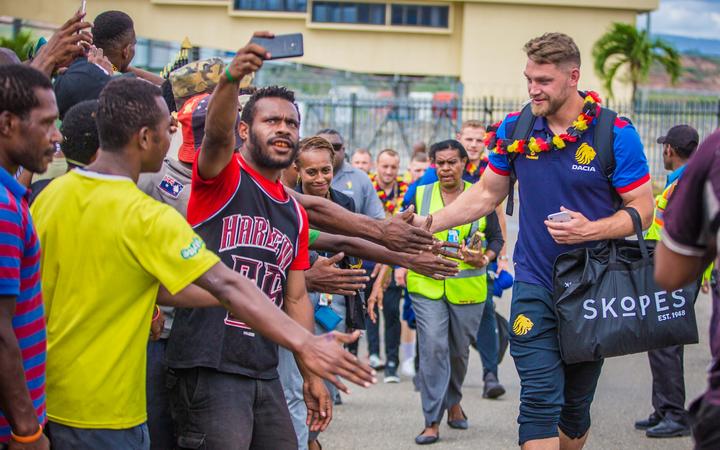 The Great Britain Lions were greeted by hundreds of fans upon their arrival in PNG. Photo: Supplied/Spidertekpng Ltd

Marum said it's always special to play at home but games against Great Britain hold even greater significance.

"Their last time up here was back in 1996. It's good to have a Great Britain home side back here and it's been a while. We played nine games against Great Britain, we only won one at home up in Goroka. They're not an easy side to be up against," he said.

"We trust the players.There's a lot of confidence from last weekend's game coming into this game. There was a lot of good talk about all the boys back here and how the team performed well in the tournament down there [Christchurch, New Zealand]," said Michael Marum.

The clash is preceded by the England and Papua New Guinea women's teams facing off as well with the Orchids looking to hit-back from their 24-10 loss against the Lions in their first test in Goroka last weekend. 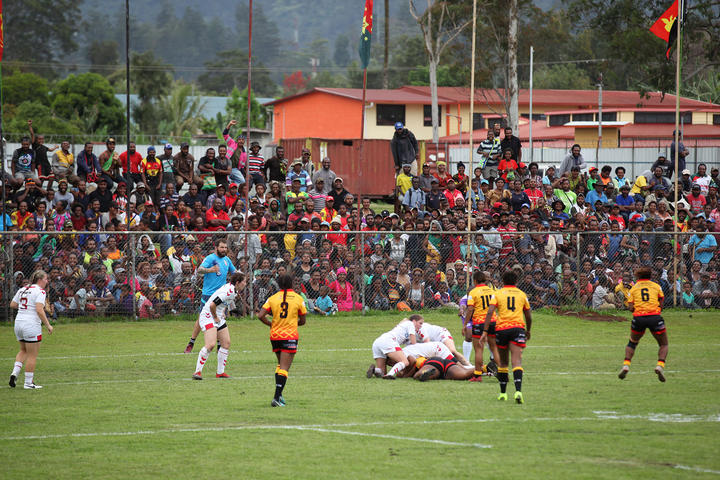 The British and PNG women played in front of a crowd of nearly 70000 spectators in Goroka last weekend. Photo: International Rugby League/Facebook

"We're expecting another real tough challenge in the game. Obviously with the addition of the heat, I think that's going to add to how tough the games going to be for us [and] there will be a couple of girls who've maybe not come up against Papua New Guinea before and that will be a challenge," said Rudge.

The women played in front of a crowd of nearly 70,000 spectators last weekend and are expected to play in front of a sold out crowd today to wrap up their two-test series.

The game is scheduled to kick-off this afternoon at 3.00pm local time, before the headline match between the Great Britain Lions and PNG Kumuls at 5.30pm.