Members of the Great Britain rugby league team paid tribute to former Papua New Guinea international Kato Ottio, during a visit to Tatana Island on Thursday, ahead of their clash with the Kumuls in Port Moresby this weekend.

Ottio was a teammate of Great Britain stars Josh Hodgson, Blake Austin and Elliott Whitehead during his time at the Canberra Raiders from 2016-18 and the trio ensured that the Lions visited his village to pay their respects to their former teammate. 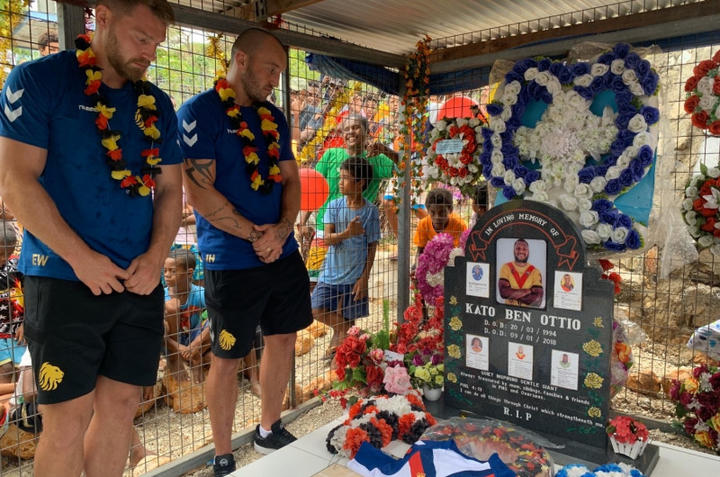 The Great Britain squad was greeted by the entire village before a short ceremony and the chance to visit Ottio's grave. The players were then taken to the home of Ottio's mother, which is the former centre's legacy after his death last year at the age of 23.

Ottio, who played six games for the Kumuls from 2015-17, died after collapsing while training with his PNG Hunters teammates last January in Port Moresby.

"It was important for us to come to Kato's village and pay our respects. It was fantastic to see the young children and how excited they were to see us," Lions hooker Josh Hodgson told the RFL website.

"Kato always had a big smile on his face and loved the game and you can still see that with those who are following in his footsteps. Kato's mother gave us a warm welcome and I know this is something that will live with all of us for a long time." 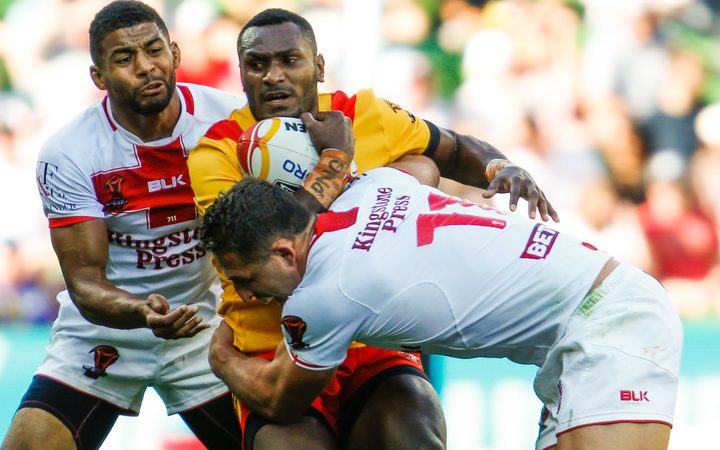 Blake Austin added: "They say it takes a village to raise a child and you can see where Kato got his love of life from when you meet the people he grew up with and lived alongside.

"He was a fantastic guy. When he passed away, unfortunately we were unable to attend his funeral, which was a big regret. However, this felt very special and a chance for us to visit his grave and leave a Lions shirt in tribute to him."