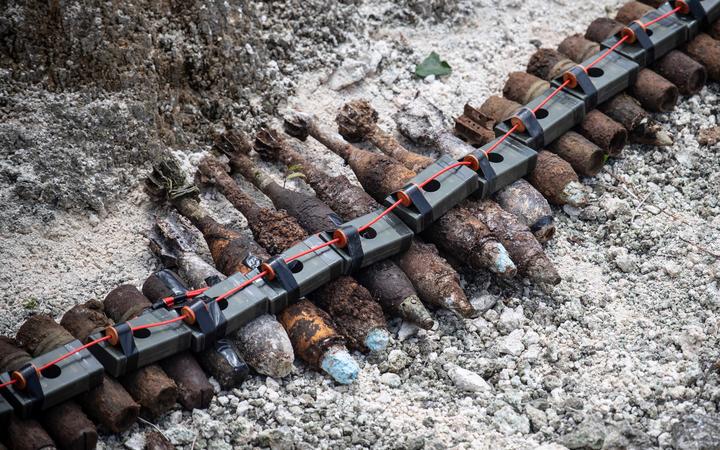 Removing the bombs would make a difference for the people of the New Georgia Islands in Western Province, he said.

The NZDF personnel were split into Maritime (Clearance Divers) and Land teams and operated in different areas on land and in the water. One of the most surprising finds was located by the Land team.

"The Land team travelled to a small coastal village, home to one of the regional Solomon Island police officers who had offered his family property as a location for the night," Mr Heaslip said.

"Upon arriving at the village a small child mentioned she knew of some potential unexploded ordnance and that her father had sent her to tell the New Zealanders.

"They followed the little girl three kilometres into the jungle and to their surprise found a Japanese 70mm anti-aircraft gun position with three guns intact," he said.

"Placed around the guns were three live 70mm high explosive shells and one hand grenade. The little girl was thanked and the items were removed for disposal."