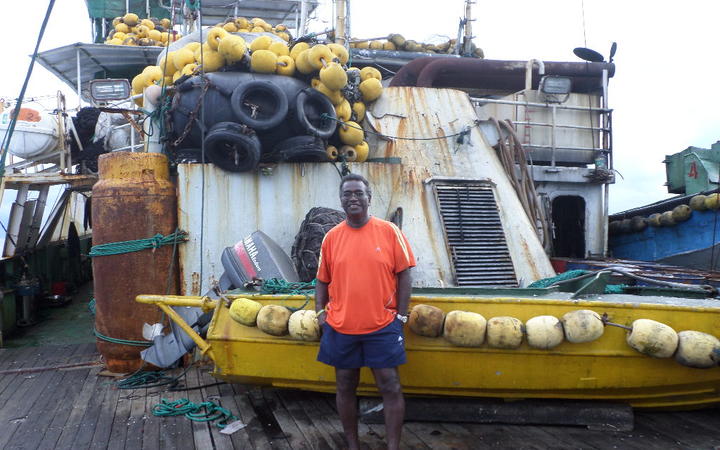 Dr. Transform Aqorau on board the F/V Lojet purse seiner in this file photo during an over two-week trip Photo: RNZ Pacific / Giff Johnson

Solomon Islands is naming Transform Aqorau as its new Permanent Representative to the United Nations in New York.

Mr Aqorau, who until Friday had been a Visiting Fellow at the Australian National University in Canberra for two three month periods, said the appointment will be effective with the beginning of 2020.

He was CEO of the Parties to the Nauru Agreement, the nine-island tuna cartel, from 2010 to 2016.

During this time, PNA implemented a tuna management programme known as the "Vessel Day Scheme" that reshaped the purse seine industry, generating a huge increase in revenue to participating islands.

While in Canberra the past several months, Mr Aqorau said he completed work on what will be a forthcoming book about the PNA, "Fishing for Success: Lessons for Pacific Regionalism."