Tongan fans have silenced any speculation of division in support with a sea of red overflowing South Auckland and taking over the Oceania Cup fan day ahead of tomorrow's triple-header. 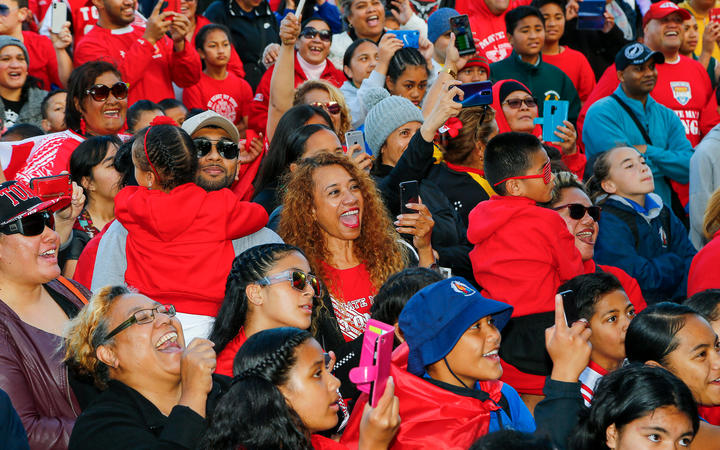 Their team is playing under the banner of "Invitational XIII" after legal issues surrounding a long-running dispute between coach Kristian Woolf and the Tonga National Rugby League.

Before the Invitational side, known as the Kau To'a, historically defeated Great Britain last week fans appeared divided with strong social media posts and opposing public comments by a number of prominent members of the community, (including calls to boycott the game).

Less than 10,000 people turned up in Hamilton to watch the Kau To'a win 14-6, (a game that coincided with the New Zealand All Blacks World Cup Semi-final against England).

However the mammoth defensive effort against the Lions and the withdrawal of legal action from the TNRL appears to have revived the renown passion behind the team.

The Tonga Invitational XII play their second test on Saturday as part of a blockbuster triple-header held at Auckland's Eden Park.

This week the suburbs of South Auckland have been full of excited fans in red flying their Tongan flags on vehicles and beeping their horns in support of the Kau To'a.

Co-captain Jason Taumalolo said it was a sign of what was to come when they play Australia on Saturday night.

"If today is anything to go by, I think this weekend is going to be even more crazier than what it is today so that can only mean a good thing for us," he said.

"You know, they really turned out in numbers." 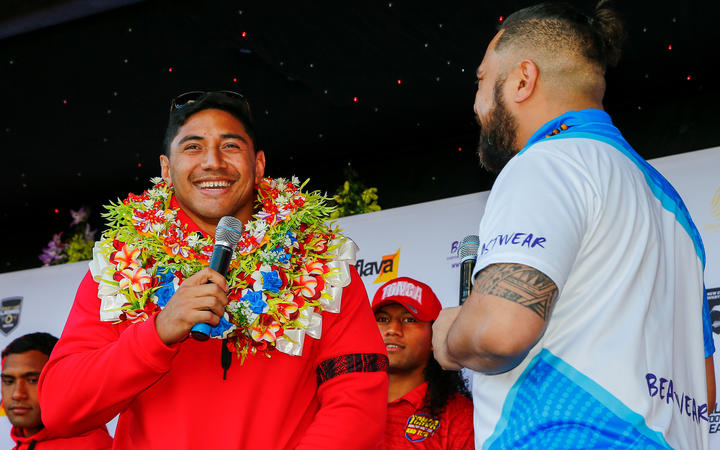 Fans lined up to meet and greet players stretching as far as the length of the field before organisers were forced to split the team into two, yet some still missed out on meeting their favourites who signed autographs for over an hour.

But it wasn't just the players in high-demand for handshakes and selfies, with crowds lining up to take photos with Invitational head coach, Kristian Woolf.

Woolf said the community had been supportive of him and his role.

"The Tongan community are always great.

"Ever since I've been involved, they've always been really supportive, they're terrific fans and I can't speak highly enough of them," he said.

Woolf's team concludes the triple header against Australia with Samoa and Fiji kicking off proceedings before Great Britain look to get their tour back on track against the New Zealand.

All six teams were at the fan day to meet the rugby league supporters but Kiwi star Roger Tuivasa-Sheck said there was no escaping the sea of red, giving praise to the Tongan community for their continuous belief in their team and country.

"I actually low-key love it aye," he said.

"I love how the Tongan people turn up and all the people actually turn up because they're bringing passion back into our game and this is what it's all about you know, creating more for our game and that's what they're doing so carry on." 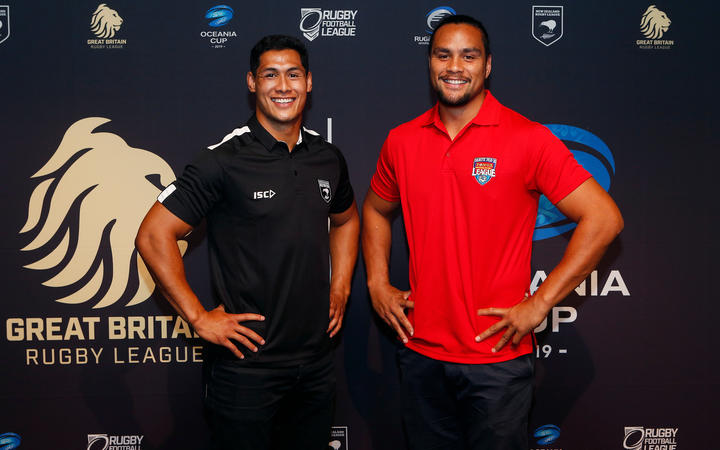 Fiji return to the field this weekend after a disappointing World 9s campaign which saw the Bati lose every game and finish last in their pool.

Despite having limited training time since then, Fiji veteran Kevin Naiqama said the team was in good spirits.

"Preparation has been good...so far so good"

After their match against Toa Samoa tomorrow, Fiji will take on Papua New Guinea in Christchurch next week.