The Marshall Islands is exploring legal action against the US over a leaking nuclear-waste filled concrete dome.

The Runit Dome was constructed on Marshall Islands Enewetak Atoll in 1979. Photo: Supplied

The Runit Dome on Enewetak atoll was used to store radioactive materials left over from US nuclear weapons testing during the 1940s and '50s.

But according to the Marshall Islands Nuclear Commission, more than 99 per cent of the waste has seeped into the atoll's lagoon.

Commission's chair Rhea Moss-Christian said the Marshall Islands was exploring legal remedies to obtain compensation from the US government.

"The political environment is always changing. We don't know what the future brings. But as a nation that is still dealing with the impacts, we can't afford to sit back and accept that there's nothing further that can be done."

Ms Moss-Christian said the Marshall Islands would also lobby the US to help it access justice for victims of nuclear testing. 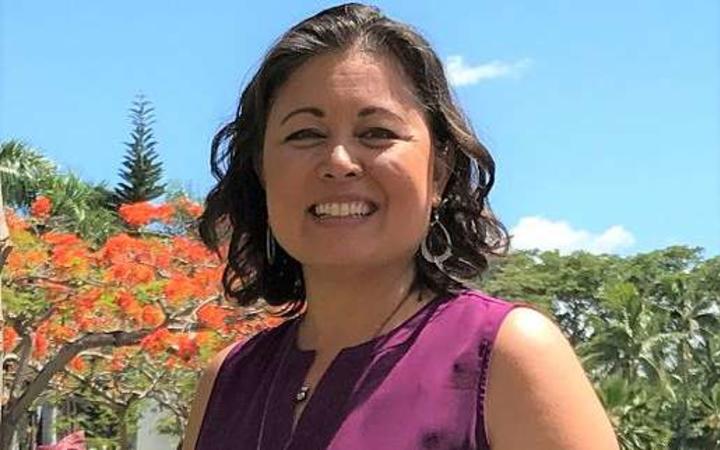 The Pacific Islands Forum Chair, Dame Meg Taylor, has called for an independent audit into the Runit Dome. Her UN counterpart, Antonio Guterres, has also raised concerns about the potential radioactive fallout.

The Nuclear Commission is due to start work in November on an impact study of the dome which will take up to three years.

The commission's report highlighted a number of ongoing impacts of American nuclear weapons testing, including forced migration and high rates of cancer it said had been exacerbated by US refusal of requests for assistance with cancer treatment facilities.

"The absence of cancer care facilities and its link to forced migration are deplorable, and it means that the violence of the testing program continues despite the cessation of weapons testing," the report said.

It also called for broader support with compensation for victims of nuclear testing, adding that Marshall Islands officials would raise nuclear justice in all official discussions with the US government.

According to the report, a US-funded Nuclear Claims Tribunal ended payments in 2009, leaving more than $US2.2 billion in unpaid compensation.

The Marshall Islands will also request UN agencies conduct its study of radiation levels in nuclear testing sites and their impact on communities.

Establishing a National Nuclear Archive would also be explored, as well as a memorial or monument "commemorate the hundreds of Marshallese who sacrificed their health and homeland for the U.S. nuclear weapons testing program".

"Compensation is definitely a priority for affected communities. There are also other forms of nuclear justice, and some of those areas are where the UN can step in and provide assistance," she said.