The Oceania Futsal Nations Cup begins today in New Caledonia with a single berth at next year's FIFA World Cup in Lithuania up for grabs. 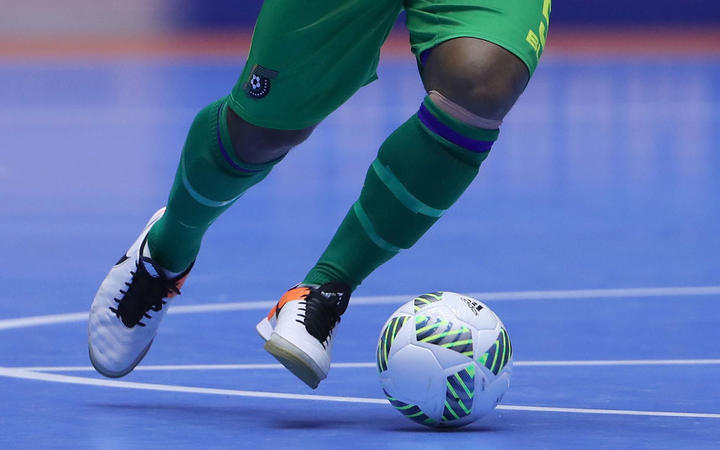 Defending champions Solomon Islands will play the tournament opener against Tonga and will be keen to stamp their authority on the competition as they seek to qualify for their fourth consecutive FIFA Futsal World Cup.

Solomons coach Vinicius Laite told OFC media they had been training hard for the tournament and were champing at the bit to take to the court against the Tonga.

"But we know of our strengths and we know how much we have been working hard, harder than ever and we can't wait to step on that court and show to the other teams what we are capable of doing," said Laite.

The other matches today will see title contenders New Zealand take on American Samoa, Fiji play Tahiti and Vanuatu will take to the court against hosts New Caledonia who are hoping to win it all on home soil.

New Zealand has put a lot of effort into developing their domestic futsal programme in recent years and are one of the strongest contenders at the tournament.

The Kiwi's coach, Marvin Eakins, told OFC media that it was difficult finalising the squad with a wealth of talent to choose from but they are happy with the team they had and believed they could get the job done.

"We want to win, we want to get to a world cup but we are also very aware that there are also five, six teams that could also be looking to achieve that," said Eakins.

"It is going to be a strong tournament this time. We are excited to be challenged every single game but we are confident if everything comes right we will do a good job and we will be hopefully holding that trophy at the end."

The first game between Solomon Islands and Tonga begins at 2pm local time at the Arena du Sud in Noumea.