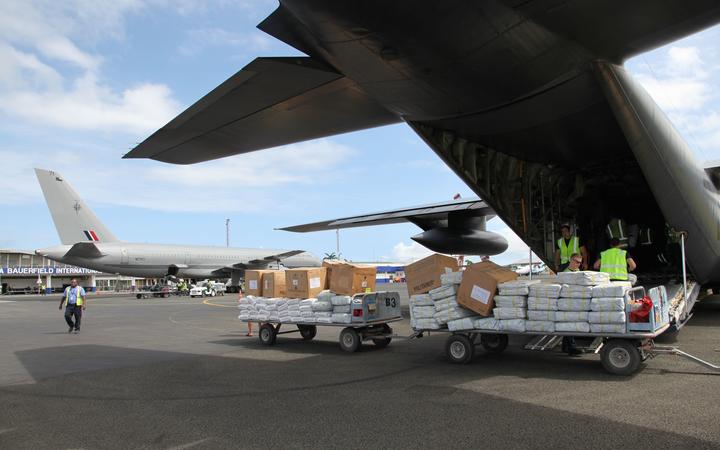 A transfer of aid for Ambae Island between a RNZAF Boeing 757 and a RNZAF C130 at Bauerfield Airport, Port Vila, Vanuatu, involving 11 tonnes of relief supplies for Ambae Island. The C130 proceeded on to Luganville. Photo: NZDF

A majority of New Zealand's aid goes directly to projects in individual countries, rather than through international bodies such as the UN or the Global Fund.

The head of the development division at the Ministry of Foreign Affairs and Trade, Jonathan Kings, fronted a Parliamentary select committee reviewing the aid programme this week.

He also hit back at suggestions the ministry lacked development expertise.

A large and controversial restructure nearly a decade ago saw New Zealand's aid agency folded into the ministry, prompting many redundancies.

But Mr Kings said the ministry was stacked with a large and diverse range of people with wide-ranging expertise.