The Cook Islands netball team have been upset at the Nations Cup in Singapore by the hosts, 59-47. 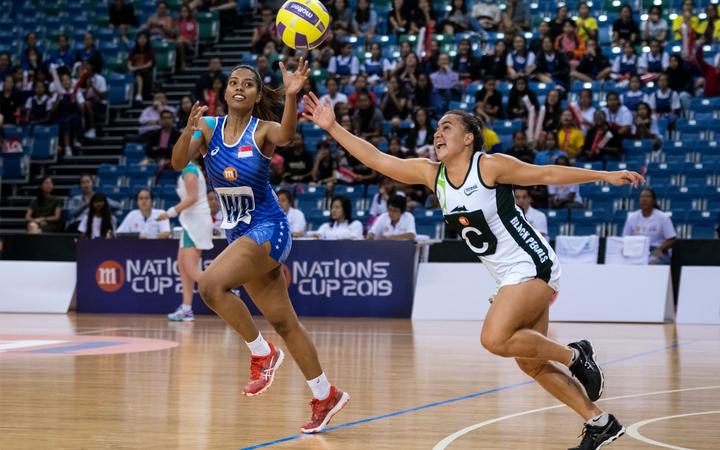 The loss has severely hampered the 12-ranked Cook Islanders chances of making the final.

The win means, after four days of competition, the world number 28 Singapore have leap-frogged the Cook Islands into third place at the six team tournament.

The Cook Islands captain Luciana Nicholas yesterday said while the loss was a setback, her team had now set its sights on their next match against Ireland.

"I just think today is very unfortunate, this didn't go according to plan but we are going to come back strong against Ireland," she said.

"We are not going to give up, we are going to keep the fight up and we just want to stay in the competition as much as we can."

The Cook Islands will meet Ireland on Friday with today being a rest day in Singapore.

Earlier in the day, Papua New Guinea lost their fourth straight match, this time to Namibia, also doing down 59-47.

Despite the loss, the PNG team showed improvement, leading the match in the first half.

Captain Nerila Adula said she was proud of her team.

"As you can see they are a very young side and they are just here for the game exposure and they did what the coach has advised us to do which is go out there and do our best, which they did," she said.

"I'm pretty sure they have got the most out of it and I'm very proud of these girls."

PNG will play Singapore on Friday.

The final will take place on Saturday between the two top sides, currently Namibia and Botswana. 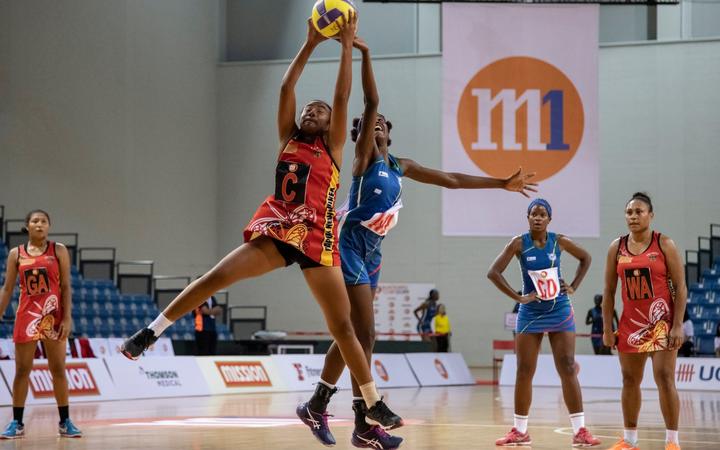 PNG and Namibia battle for the ball Photo: Singapore Netball