Papua New Guinea have suffered their first loss at the T20 Cricket World Cup Qualifier after a four run defeat by Scotland in Dubai on Monday. 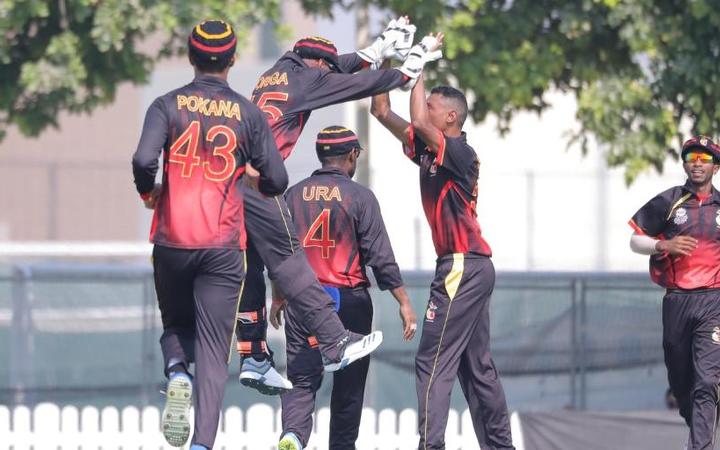 Captain Kyle Coetzer top-scored with 54 off 47 balls, while wicketkeeper Matthew Cross blasted 40 not out off just 23 deliveries as Scotland posted a competitive 146 for 6 batting first.

Leading from the front.

Scotland skipper Kyle Coetzer is holding his side's innings together in Dubai – he's 31* off 24 balls as Scotland reach the halfway point of their innings on 70/2.#T20WorldCup | #SCOvPNG | FOLLOW ⬇️ https://t.co/iebvxE4hJo pic.twitter.com/XDd5yJM7p1

Five PNG bowlers picked up a wicket with Assad Vala also adding a run-out to his figures of 1 for 21 from four overs.

Captain Vala got the Barramundis run chase off to a rollicking start with two sixes in the first over but was dismissed for 20 while fellow opener Tony Ura could only manage 17 from 27 balls.

Assad Vala got the PNG chase off to the perfect start, hitting back-to-back sixes in the first over of the innings.

Norman Vanua backed up a strong bowling performance (1 for 14 from three overs) with a quick-fire 33 off 18 balls down the order but, after being well placed at 81 for 2 in the 13th over, PNG lost seven wickets for 57 runs to finish on 142 for 9 from their 20 overs.

Hamza Tahir was the pick of the Scottish bowlers with 3 for 24 from his four overs, while three other players also picked up two wickets a piece.

Despite their first defeat, which snapped a 10 game winning streak in completed T20 international matches, PNG remain top of Group A after three rounds and are back in action against the Netherlands on Thursday.

The two group winners will earn automatic qualification to the T20 World Cup in October, with four more teams advancing via the playoffs.