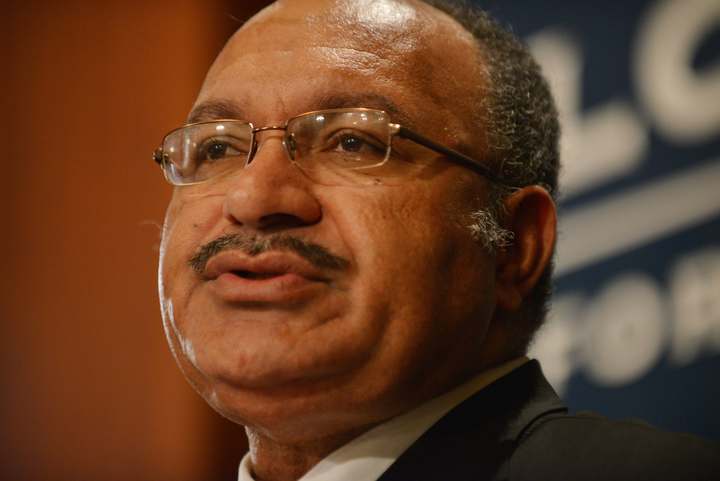 Subsequently, the court granted an interim injunction on moves to arrest him. Mr O'Neill's legal team claimed he would likely suffer "irreparable damages" caused by a "defective" warrant.

The head of the police fraud squad, Matthew Damaru, said the legal move was similar to when Mr O'Neill's lawyers challenged a previous warrant for his arrest issued in 2014 in a separate corruption case.

"Yeah, it's frustrating, but it's a process. People like Peter O'Neill who are suspected of committing a crime, they have a right to go to court and seek redress if they feel they've been unfairly treated."

Last week, lawyers acting on behalf of Mr O'Neill also sent police a letter asking for clarification on the alleged charges, and for more time regarding the warrant of arrest

One of the recipients of the letter, Mr Damaru, said this was not the way charges are usually relayed to someone whom police seek to arrest.

Mr Damaru said his directorate was not involved in the case anyway.

Mr O'Neill has denied any wrongdoing and characterised the case as being fabricated as a power play by political enemies.