Schools and government offices in the Northern Marianas are closed today, with a typhoon forecast to pass close to the main islands. 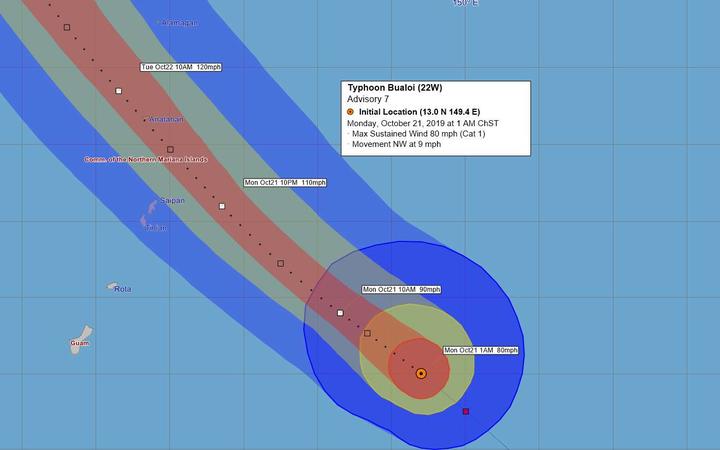 The projected path of Tropical Storm Bualoi, which is expected to pass through the Northern Marianas as a typhoon. Photo: US National Weather Service

The National Weather Service said Typhoon Bualoi is forecast to pass to the north of Saipan later tonight or early tomorrow.

Current forecasts have it packing winds as high as 150km/h.

Heavy rain warnings and flash flood alerts have been issued for most of the territory.

Much of the territory is still reeling from supertyphoon Yutu a year ago, and another typhoon passed close by two weeks ago, causing little damage.

Typhoon Bualoi will continue to intensify and impact the Commonwealth of the Northern Marianna Islands (CNMI) over the next couple of days. Damaging winds, heavy rainfall, and dangerous surf conditions are expected. pic.twitter.com/KHJGBTpHGE