The names of six Cook Islands First World War soldiers are being added to the New Zealand and Commonwealth War Graves Commission's official rolls of honour. 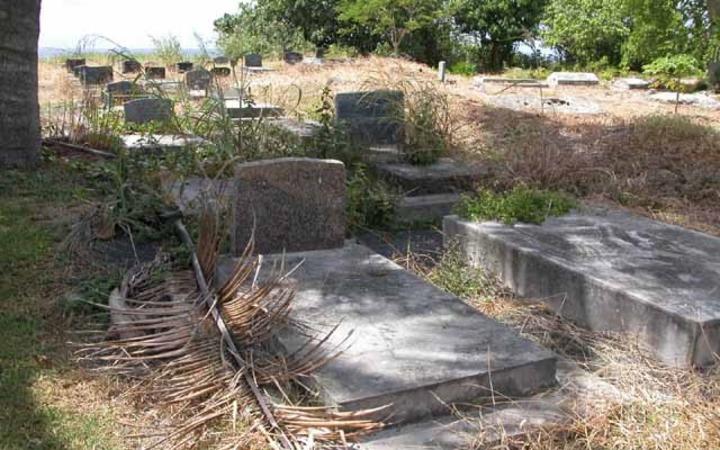 A file photo of graves at Nikao Cemetery in Rarotonga in 2003. Photo: Supplied / Cate Walker

Ten cases were brought to the attention of the New Zealand Defence Force historian John Crawford in 2017 by the Cook Islands High Commissioner.

Mr Crawford's report on the deaths showed six of them died as a result of their service in the war, Defence Force chief Air Marshall Kevin Short said.

All six men developed tuberculosis after their enlistment and died from the disease following their discharge from the New Zealand Expeditionary Force.

In the four other cases there was insufficient evidence, such as death certificates and medical records, to support their inclusion on the rolls of honour, despite exhaustive research.

"The lack of evidence that these men died as a result of their military service does not detract from the service and sacrifice of these four men who volunteered to serve with the New Zealand Expeditionary Force," Mr Short said.

The NZDF has thanked Cate Walker, Howard Weddell and other researchers for helping Mr Crawford prepare his report.