The director of Palau's Narcotics Enforcement Agency has had his vehicle torched in what could be an act of retaliation. 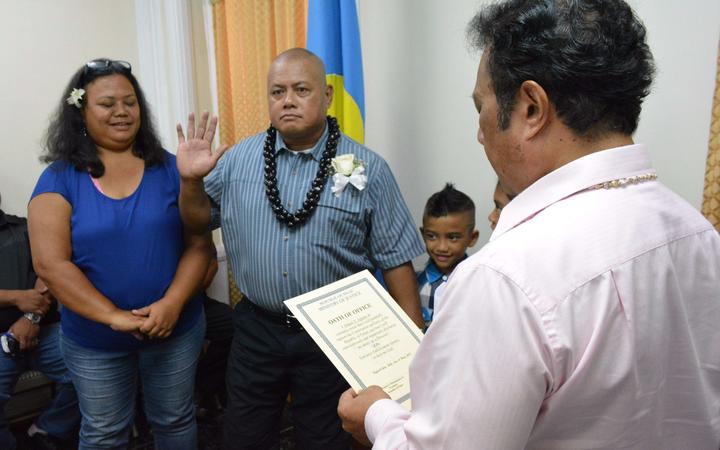 Ismael Aguon being sworn in as Director of Palau's Narcotics Enforcement Agency, in 2017. Photo: Twitter / @TommyRemengesau

Ismael Aguon's SUV was parked near his office when it was set on fire at 2am on Friday, Island Times reports.

The fire caused extensive damage and spread to a boat parked next to the vehicle.

The Criminal Investigations Division is investigating.

Mr Aguon said he suspected it was the work of an arsonist linked to upcoming drug trials.

The director was reportedly also targeted on his birthday last year, when his boat was set on fire.