A group of mothers in Fiji has formed a group to fight the use of methamphetamine and a drug known as 'flakka'. 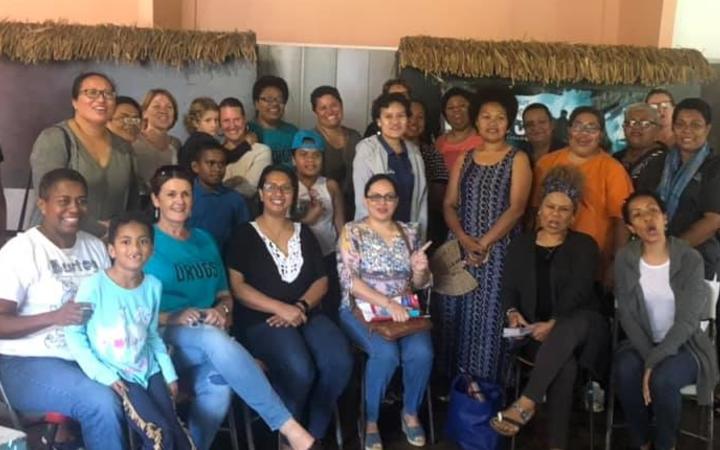 The group has about 180 members, and aims to help raise awareness and reduce the demand for hard drugs in schools.

Ms Kalounisiga, who's a former law enforcement agent in Australia, said MOM was committed to fighting the battle against drugs head-on.

"In the last few years, we've definitely seen that influx in hard drugs like methamphetamine...cocaine, things like that. It concerns me greatly. I'm raising four little boys. I've seen the damage meth has done to Australia and New Zealand."

Alpha-PVP or flakka is a powerful stimulant, which is also known as 'gravel'. It's known to have similar effects to methamphetamine, according to New Zealand's Drug Foundation.

Ms Kalounisiga had not come across anyone who had been affected by flakka, but said the police statement reported "flakka is definitely here".

'It's a vicious cycle'

MOM was a member of the government's National Taskforce for Drug Harm and Prevention.

"I had also mentioned at the taskforce meeting a couple of months ago that flakka is usually the follow-on drug - it comes after meth.

"And then you've got opiods that come after that. So it's a vicious cycle - and it's here."

Ms Kalounisiga is married to local musician Inoke "Knox" Kalounisiga and has been living in Fiji for about 20 years.

MOM was currently undergoing registration as an non-governmental organisation (NGO) to source funding to open a drop-in centre.

She said they also worked closely with the schools, raising awareness on the impact of drugs.

"We say to them, we are not here to tell you 'don't take drugs' but we're here to have a conversation with you about drugs.

"So when the time comes and you're offered drugs, you've actually got some facts and you've got the right information behind you to be able to make a sensible decision.

"We'll continue to discourage the chidren from even trying it the first time."

Ms Kalounisiga said they also been supported by drug enforcement agents at the United States Embassy in Suva.

In July this year, a US State Department official warned that clandestine meth labs are operating in the country.

Mr Lewis, who is based at the US Embassy in Suva, said he had been helping Fijian authorities combat the recent uptick of meth in the island nation.

"And working with the specialty units on the awareness of the drug, the physiology of the drug, how it affects the human body, the signs and symptoms that a police officer would observe when they are responding to a scene, a call.

"What they need to be aware of, calm as enough when they're talking to individuals that are under the influence of meth," he said.

A Fiji National Substance Abuse and Advisory Council report showed there were 1634 cases of drugs and substance abuse in schools last year compared to 1197 cases in 2017.

Of last year's cases, 417 were reported in primary schools and 1217 in secondary schools, it said.

The report found the highest number of cases, which was 434, were reported in schools in Suva.

There were 11 cases of students dealing drugs in schools, the report found.