Health ministers from 37 countries have just endorsed a five-year plan from the World Health Organisation to make the Western Pacific a healthier, safer region. 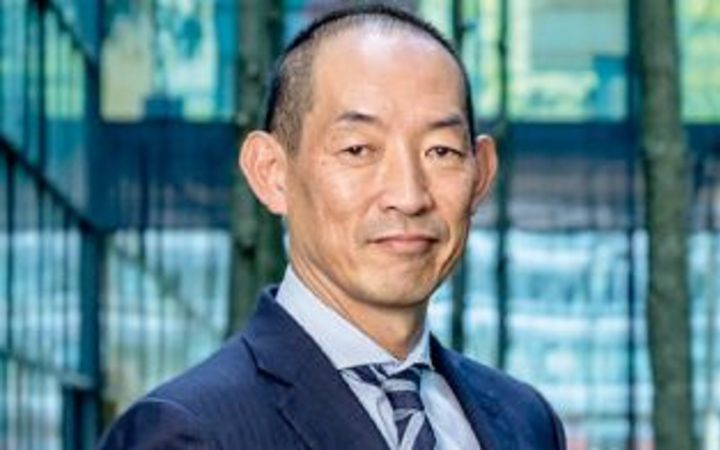 Takeshi Kasai, WHO's Regional Director for the Western Pacific, started his five-year term early this year and has written the new policy in response to current and future health challenges facing the region.

WHO was working with its member states to address key threats to human health in the coming five years and four broad themes had been identified, which needed urgent attention.

The first key issue was health security, he said, including antimicrobial resistance.

"The second is non-communicable diseases, together with ageing. Third is the health impacts of climate change and environmental health. And the fourth is 'reach and reach'.

"There are still populations our services haven't reached, and still afflicted by so-called communicable diseases, or still recording high maternal and child mortality."

Dr Kasai said the Western Pacific Region was so dynamic that just responding to challenges of today would be too late, and he wanted WHO to move ahead of curves and trends.

Protecting children from the harmful impact of food marketing was vital, with children now facing challenges from easy access to sugary drinks and processed food which were often cheaper and easier to get than healthy meals.

"In some parts of the region more than 90 percent of all food and drinks marketed to children are high in saturated fats, trans-fats, free sugar or salt. And marketing of the infant formula is also wide-spread and this undermines breastfeeding.

"Around 7.2 million children in our regions are already overweight or obese by the time they turn five."

Dr Kasai said things got worse as children grew older with around 84 million people aged 5-19 years old in the Asia Pacific region being overweight or obese, which was much worse than any other region.

The obesity burden was not shared equitably with the poorest children exposed to more advertising for unhealthy food and drink, and eating more low quality food than richer children.

The regional plan protecting children from harmful marketing in the Western Pacific will be part of the new five year health framework.

Another focus of the plan is promoting well-being into older age and addressing non-communicable diseases.

He said ageing rates were measured by how long it took for the over-65's population to double.

In most countries in Europe this takes about a century, but in Malaysia it has taken 25 years, Tuvalu 23 years, Japan 24 years and Vietnam only 17 years.

The Western Pacific Region was getting old.

"And not just getting old - the pace of getting old is very fast. As people get older many can have chronic conditions such as blood pressure or dementia.

"But the good news is if countries prepare early and work hard, those people can continue to be healthier and then that makes the entire society benefit. But to make that happen, obviously we have to transform our system and the earlier the better."

"One third of all cigarettes are smoked in our region and every minute five people die from tobacco related illness in our region.

"Obviously our region takes this very seriously. And this is the only region all the member states already ratified Framework Conventions of Tobacco Control. But still we fall short."

In addition to more effort needed to cut tobacco smoking there were also new challenges to be faced.

"A new heated tobacco product and electronic nicotine delivery system such as e-cigarettes or vaping devices have already afflicted many, many people. I'm particularly concerned about the young people particularly. We have developed a regional action plan for tobacco control in the Western Pacific from 2020 [to] 2030."

He hoped member states would take the health issue of vaping seriously and move forward to implement new controls.

Finally, Dr Kasai said action to fight antimicrobial resistance was increasingly being recognised on the global agenda and Western Pacific nations needed to step up.

"Unfortunately. our region is known as a 'hot spot' for over use or misuse of antimicrobial medicines such as antibiotics and also the emergence of those bacteria or bug that has a resistance to those antimicrobials, which is more difficult and sometimes impossible to treat."

Antimicrobial resistance could reverse gains in the fights against tuberculosis, malaria and HIV and if the medicines lost their power, even a very simple cut can become a life threatening incident, Dr Kasai said.

Antibiotics and antivirals were not just used to treat people, he said, but also used during surgical operations or cancer chemotherapy.

Without direct action, an estimated 10 million people globally could die from infections by 2050 with 4.5 million of those being from the Asia Pacific.

Resistant bacteria and viruses did not respect international borders so collaborative plans to tackle the problem were also a vital part of the five-year plan to protect people in the Western Pacific region into the future, Dr Kasai said.

The 70th session of the WHO Regional Committee for the Western Pacific runs this week till Friday.