A missile launched as a test from the United States mainland has landed in Marshall Islands waters.

The US Air Force launched the unarmed Minuteman 3 intercontinental ballistic missile from Vandenberg Base in California on Wednesday.

AP reports the test missile had an over 6,000-kilometre flight over the Pacific Ocean to Kwajalein Atoll in the Marshalls.

According to the statement, the test was not a response to world events or regional tensions. 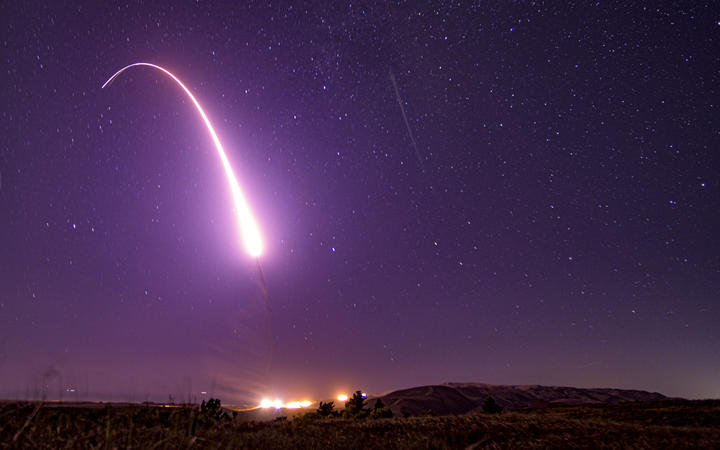