The UN Secretary-General's Special Envoy for the Ocean wants the Pacific to use its "unique moral authority" to lead global discussions on climate change. 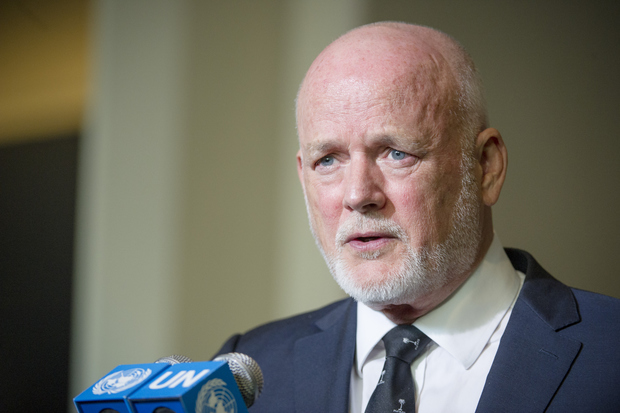 Peter Thomson, who is also Fiji's former ambassador to the UN, is advocating this approach ahead of the UN's Oceans Conference in Portugal next year.

Mr Thomson said Pacific island countries had a moral obligation to the world to be the stewards of the planet's largest expanse of ocean.

The obligation was also to future generations of Pacific islanders, he said.

This leadership is readily apparent on the world stage, he said.

The Special Envoy singled out Fiji and Vanuatu as regional and global leaders, citing Fiji's 100 percent marine spatial plan for its exclusive economic zones and Vanuatu's ban on single use plastics.

The battle to end the "plastic plague" would not be an easy one to win, Mr Thomson said.

But like the tobacco industry before it, the plastic industry is aware of the public's growing dismay, he said.