By the end of the day either the defending champions or the hot favourites will be eliminated from the OFC Men's Olympic Football Qualifiers in Fiji.

The home side, who made their Olympic debut at the 2016 Rio Games, meet the undefeated New Zealand in Lautoka today in the first semi-final of the tournament. 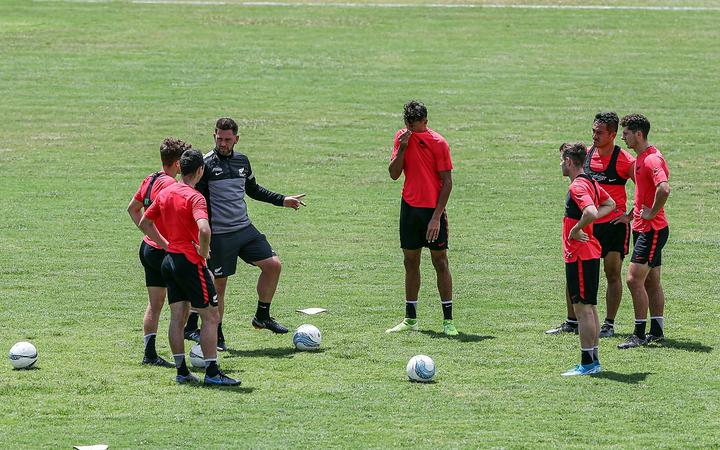 Four years ago, Fiji won the qualifiers by beating Vanuatu on penalties after New Zealand was disqualified for fielding an ineligible player.

A lot has happened since then with New Zealand amassing 22 goals, and conceding just three, on their way to topping Group A of the tournament.

Coach Des Buckingham told OFC TV his side was in good spirits.

"We have got everybody available for us, no suspensions, so we are just looking forward to playing Fiji."

The team was ready to deal with a parochial and loud home crowd at Lautoka's Churchill Park.

Buckingham knew playing a Pacific side at home made for a unique challenge.

"We had this with the [U20s] World Cup Qualifiers last year in Tahiti, where we played Tahiti as the hosts," Buckingham said.

"Once in our group stage and then again in the finals.

"It is nice to be here but to play the hosts is going to be a bit of a challenge and of course they are the current holders of this competition so we will focus on ourselves and we will be ready for the game."

Fiji enter the game off a 1-0 loss to Vanuatu and their coach Marika Rodu admitted New Zealand were heavy favourites.

However, he said they were not unbeatable.

Despite New Zealand's impressive form, Rodu said the fact that Samoa and Solomon Islands had scored against the kiwis gave him encouragement.

"Samoa and Solomons have demonstrated that goals can be scored against New Zealand so [it's] a matter of the right ingredients, pinpoint defending and pinpoint finishing and managing the game well and also our behaviour," he said.

Rodu said getting over the psychological hurdle of facing the regional giants, New Zealand, was also a challenge.

"The mental block that we need to get past, if we can deal with that, I think we can be in a good space to deal with New Zealand."

Rodu says his side would need to be at its best to win. 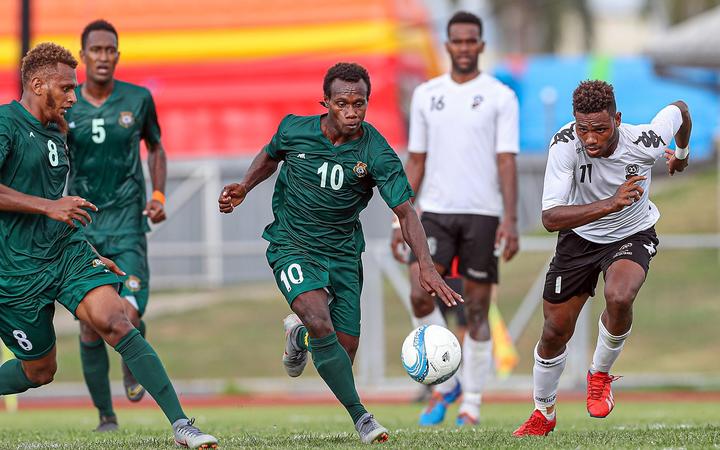 Vanuatu finished top of Group B by defeating Fiji over the weekend and are undefeated, while Solomon Islands picked up the loss to New Zealand.

However, Vanuatu coach Etienne Mermer said that counted for nothing and he expected Solomons to bring their speed game this afternoon.

"They have their own way to play. They are very fast, quick, technically they are good," he said.

"This is the way Solomons team, most of the time they have quality in their team. But for us, we also have some players who they can also give them a good challenge."

The Solomon's side placed second in Group A after suffering a 4-2 loss to New Zealand in Suva last week.

Despite their different win-loss records, Solomons coach Batram Suri said the competitive showing against New Zealand had them well placed for today's match.

He said it would be a great clash against a traditional rival, but the team was ready.

"The last game [was] a test of character for our players to prepare for the semi-finals. We did well against them, though we conceded four goals, we still fought, and I thought 'we are here to compete'," Suri said.

The Solomons coach said he knew many of the Vanuatu team well through working with them in club play over recent seasons. 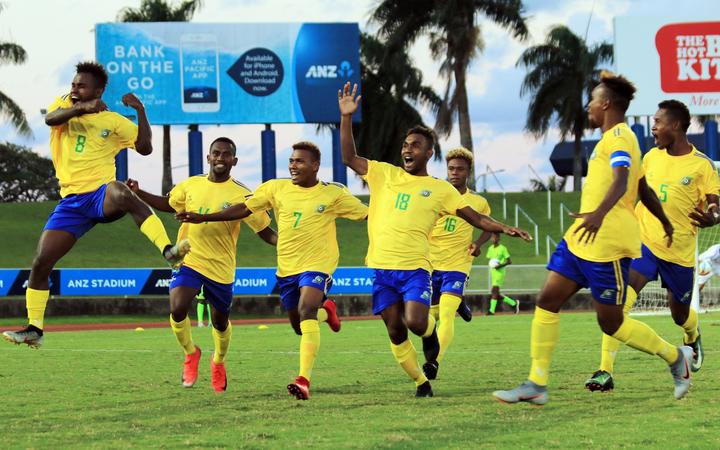 The final will be played on Saturday afternoon.