Mr Ahern, speaking after receiving the Referendum Writ from the Papua New Governor General, Sir Bob Dadae, yesterday, said he hoped it will be a continuation of an almost twenty year peace process.

Bougainvilleans are to vote on whether to become independent or have greater autonomy within PNG.

Mr Ahern said the "credibility, or the quality of the result will be based on the BRC doing its job, and the leaders and the communities of Bougainville and elsewhere in Papua New Guinea, providing every rightful voter the chance to exercise their vote of either greater autonomy or independence." 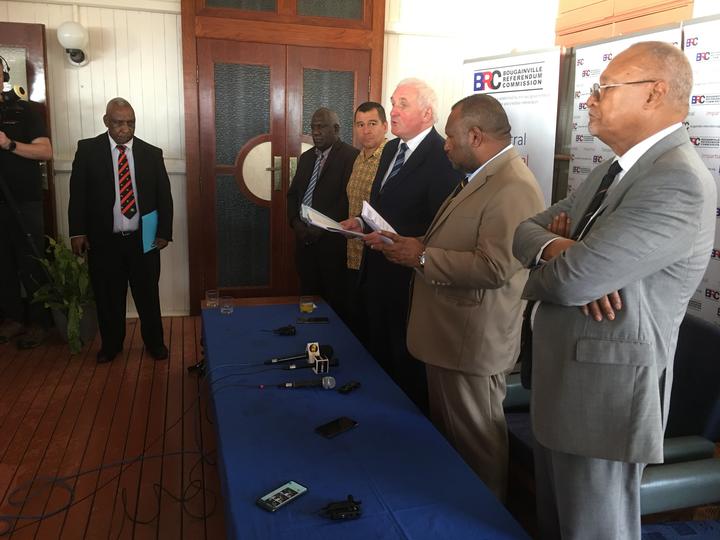 The issue of the Bougainville Referendum Writ Photo: courtesy of BRC

Key dates in the Writ are:

- Polling from 23 November until 7 December

- 20 December as the latest date for the return of the Writ and it will include the number of votes for each option and the number of informal votes. 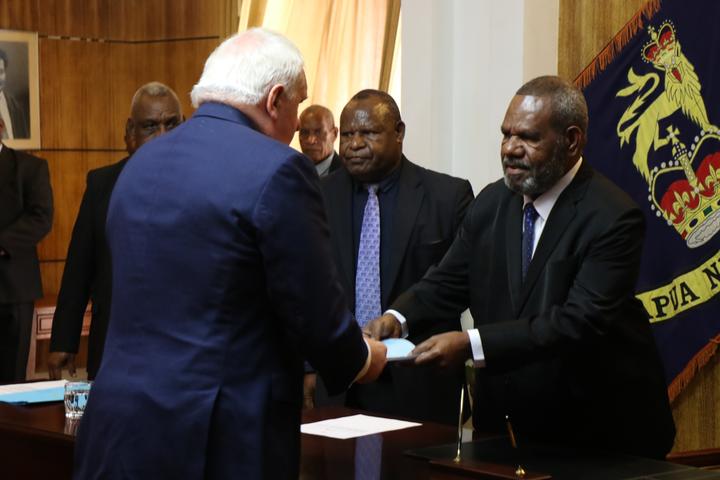 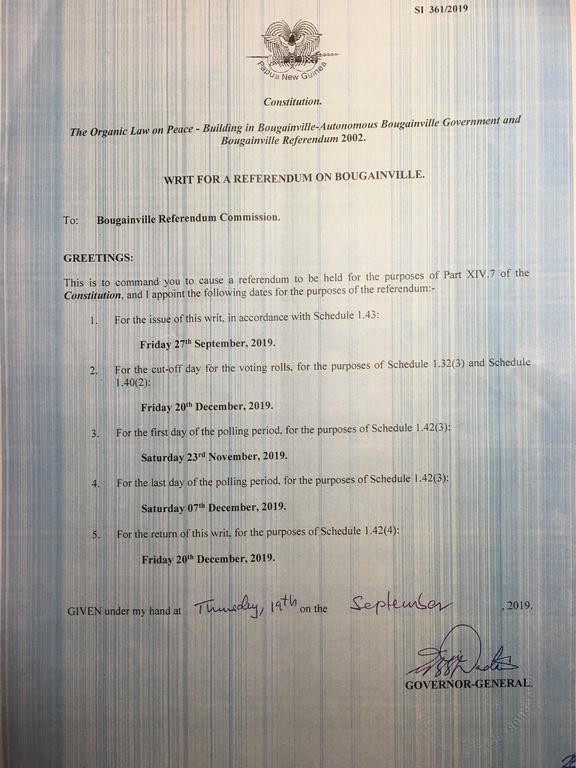 But the Bougainville Referendum Commission has stressed out that there will be no declaration of which option won or lost, as there is no voter threshold in the laws to achieve.

Such a decision is to be a collaboration between both government with the PNG national parliament to have the final say.

Mr Ahern congratulated the two governments and the people of Bougainville for reaching this point - one more step in an historic and internationally-regarded peace process.

He said the world is watching, "Prime Minister, I congratulate you on your engagement in the process since coming to office, and that of your Minister, Sir Puka Temu, working together with Minister Albert Punghau from the ABG - it's been greatly appreciated."

Mr Ahern said the Referendum Commission does not take a position on the options.

He said " our role is simply this: to give the people of Bougainville the opportunity to vote freely and fairly - enrolling people, providing awareness, making polling accessible and inclusive, and opening the process to the observation and scrutiny of others."