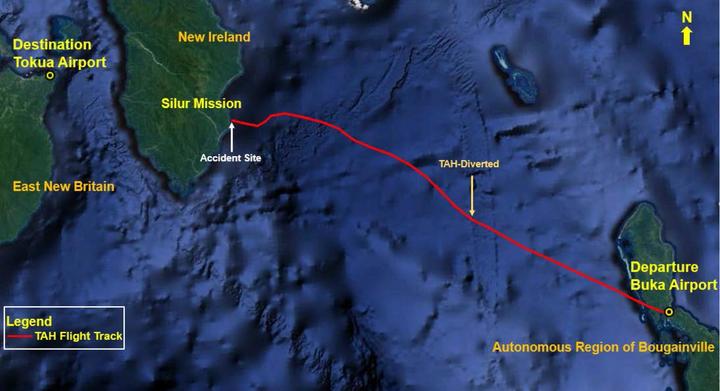 The path of the helicopter that crashed in New Ireland Photo: Supplied

The pilot of the helicopter died in the accident south east of Silur Mission and his body was later recovered in the sea near the impact site.

But the single passenger on the charter flight was uninjured when the chopper went down in water off the coast and was able to swim to shore.

Early investigations including an account from the survivor, indicate the helicopter few through bad weather and had to divert to the nearest land, with rain and low cloud limiting visibility.

Flight track data showed the aircraft diverted from its planned path about 50 nautical miles north west of Buka Airport before crashing into the sea on 13 September.

The investigation is continuing and analysis, findings and recommendations will be included in the final report.