The President of Bougainville, John Momis, says the passing of one of the Papua New Guinea autonomous region's senior statesmen has left him with a deep sadness. 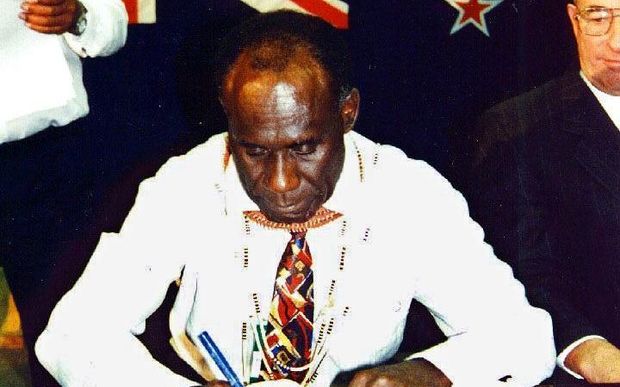 PNG Bougainville Premier Gerard Sinato signs the "Burnham Declaration" in 1997, which set in motion an end to the civil war. Photo: AFP

Gerard Sinato died at the weekend after a long illness.

He was deputy premier of the then North Solomons province before the civil war and became premier of the Bougainville Transitional Government after the murder of Theodore Miriung.

Mr Sinato was instrumental in the peace talks in New Zealand that led to the Peace Agreement in 2001.

Mr Momis said it was truly a sad time for Bougainville as its mourns the loss of one of its great sons.