Fiji's prime minister Frank Bainimarama and his Australian counterpart have talked up their countries' relationship at a bilateral meeting in Canberra. 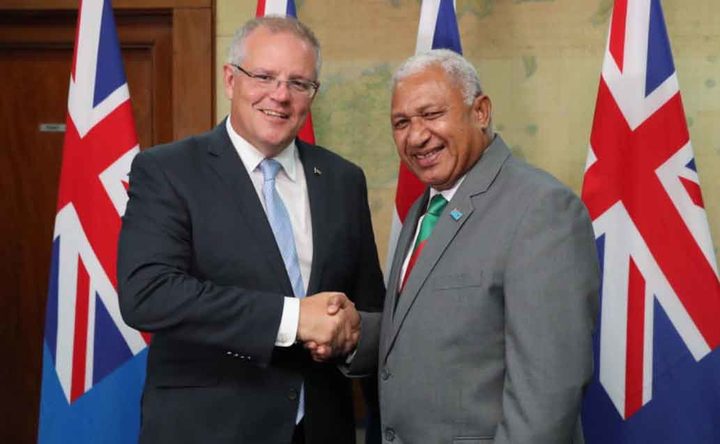 Just weeks after levelling fierce criticism at Scott Morrison, Mr Bainimarama also played down the differences between the two leaders.

The Fiji leader recently accused Australia of being insulting over negotiations about climate change at the Pacific Islands Forum. He even told media that he had been mistaken in his earlier belief that Mr Morrison was his friend.

But, speaking in Canberra today, Mr Bainimarama said that like Mr Morrison, he was not afraid to speak his mind, and that it could help enable greater understanding between the two countries.

He said no-one expected that their differences could be resolved quickly or easily, but that they must never stop trying to find common ground.

This was echoed by Mr Morrison who said Australia's relationship with Fiji was a long running and close one which would endure.

Pac News reports that Mr Bainimarama was given a ceremonial welcome at Parliament House this morning, and delivered a speech at the Australian War Memorial.

"Today we took the Fiji-Australia relationship to historic heights as Prime Minister Scott Morrison and I signed on to the Vuvale Partnership," he said.

"The bond of family forged between our nations paves the way to new levels of understanding and commitment today and for generations to come."

It is expected that Mr Morrison will make an official visit to Fiji by January next year.