The Royal Solomon Islands Police Force is holding a ceremony this afternoon to farewell the Patrol Boat Lata which has been in service for more than 30 years in the country. 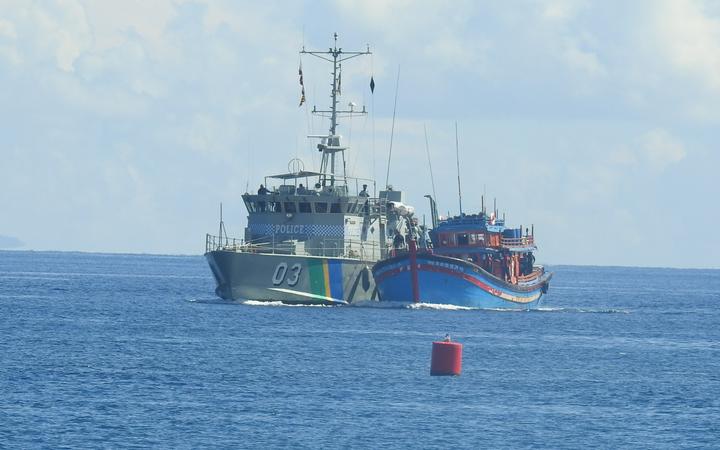 Gifted to Solomon Islands by Australia in 1988 the patrol boat served in multiple roles including border security, policing the country's exclusive economic zone and disaster response activities including deployments to neighbouring countries.

The vessel was named Lata after the capital of Temotu Province.

Assistant Commissioner Operations, Chief Superintendent Alfred Uiga said the vessel, which takes up to 19 crew members, was like a second home to many who served on her throughout the years.

"She had offered them home and comfort through storms and fine weather, " Alfred Uiga said.

The Lata will be farewelled in a ceremony in Honiara and will sail back to Australia tomorrow.

The Lata will be replaced by a larger guardian class vessel under the Australian Regional Defence Cooperation Program which is expected to arrive in Solomon Islands before the end of the year.

Work is underway to extend the wharf at the police maritime base at Point Cruz in preparation for the new patrol boat, which is at least 10 metres longer than the current ones.

The new generation of Guardian Class Patrol boat being rolled out across the Pacific by Australia as part of strengthening regional maritime security. Photo: Austal