Primary school students in Palau are learning how to care for their environment through a new book by local author Toni Soalablai. 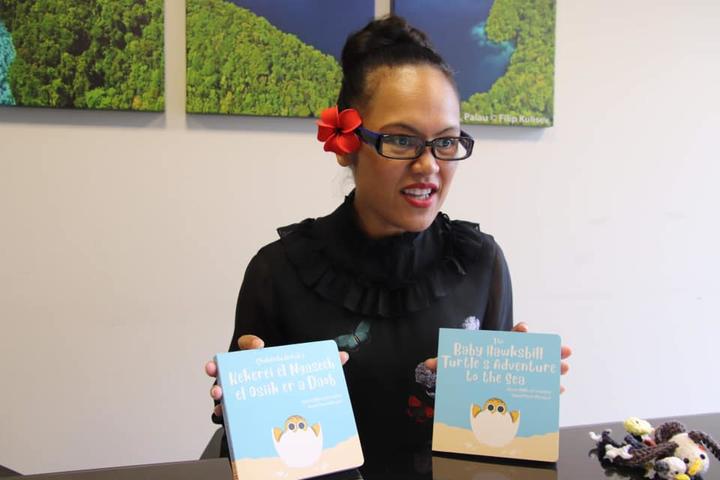 Palau's ambassador to the United Nations Olai Uludong with copies of the children's book by Toni Soalablai. Photo: Supplied

Palau's permanent representative to the United Nations, Olai Uludong, said the book was not for retail sale but was being used to educate the island's first to third graders in elementary schools.

The story teaches children about the importance of the oceans, the lands and the living creatures around them are, she said.

"One of the issues that the world is facing is the issue of plastics. It is important that our next generation learn the importance of the turtle and the challenge it has trying to survive in an ocean full of plastic.

"The key to change is inspiring the younger generation and educating them to respect and care for the marine environment and biodiversity for the future of humanity," Ms Uludong said.

She introduced the book in New York last month on the margins of negotiations for the UN High Seas Treaty - also referred to as the Biodiversity Beyond National Jurisdictions or BBNJ Treaty.