The publishers of the daily newspaper the Samoa Observer have been found guilty of defamation in the Supreme Court. 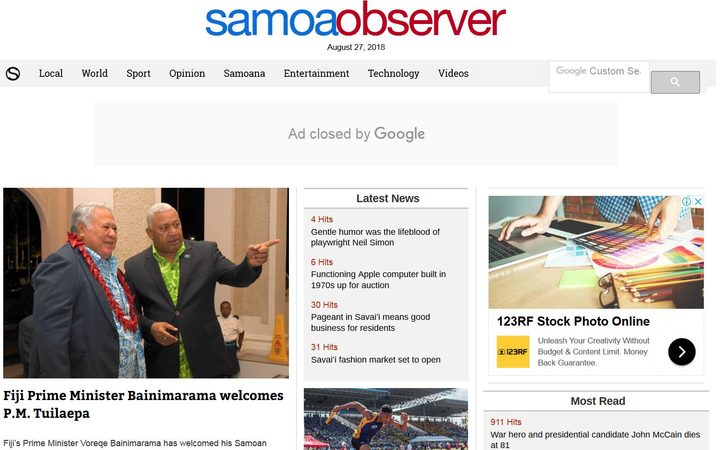 In her 25-page finding Justice Mata Keli Tuatagaloa said the defendant is the company who owns the newspaper that published a letter on 29 March 2017 titled, Stop this Madness: Church Stigmata row deepens.

The letter was penned by a person under the initials 'M.R.'

They contended the letter lowered their estimation in the minds of right-thinking members of society.

Justice Tuatagaloa agreed with the plaintiffs.

The letter included references that members of the family had been fathered by someone other than their biological father, there was an incestous relationship, the plaintiffs were mentally impaired and there was an element of controlling and brainwashing involved.

"I find the comments in reference to a DNA test of the second plaintiffs' children and to the plaintiffs being sick in the head as degrading and are unfair comments; such comments do not serve any public interest at all and are not based on any true facts," Justice Tuatagaloa said.

Samoa Observer Editor, Mata'afa Keni Lesa gave evidence for the publication and said the letter was published as "fair comment".

The court has yet to rule on costs and damages.