Police investigators in Fiji have conducted further searches in the Nausori Highlands where the bodies of five members of the same family were found last week.

They have received help from villagers to search the rugged area at the bottom of steep cliffs.

Police said they were still seeking clues to establish the circumstances surrounding the mysterious family deaths. 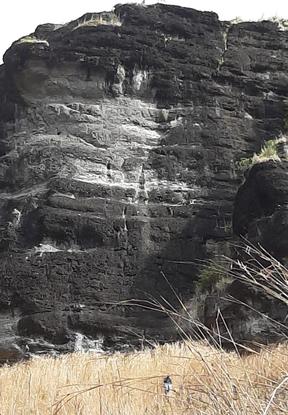 The area being searched by police Photo: Facebook/ Fiji Police

Post mortem results indicated the five died after ingesting an unknown substance and further tests are being conducted by scientists.

A one-year-old found crawling at the scene was admitted to Lautoka Hospital and the baby's mother has returned from Australia where she was at the time of the tragedy.

A farmer who found the so called "miracle baby" has told media he gave the thirsty child a drink and the whole scene was scary and looked very suspicious.

Thousands turned up at the funeral in Nadi on Saturday to farewell the family.

Two New Zealand residents, who are former neighbours of the deceased family, have been barred from leaving Fiji but have not faced any charges.

A police spokesperson said they remain persons of interest and investigations are ongoing.