The Fijian Drua open their title defence in the National Rugby Championship today against Brisbane City.

The Drua's coach,Senirusi Seruvakula, has named a mixture of young and experience players in his 24-man traveling squad.

Two thirds of whom are new players this year, with many of the title winning team either part of the Flying Fijians Rugby World Cup squad or plying their trade with other clubs overseas.

Nadroga flanker Eremasi Radrodro will Captain the side supported by Flying Fijian Joeli Veitayaki, Serupepeli Vularika and Johnny Dyer, all playing a vital role in setting the benchmarks of high performance for the new look squad.

Seruvakula said "It's important for the Fijian Drua to get off to a good start and the experienced players will play a vital role."

Vodafone Fijian Under-20 captain Tevita Ikanivere, Caleb Muntz, Joseva Nasaroa and Osea Waqa have also made the cut into the touring team to Australia.

"These young players have had a lot of game time during the Under-20s tour and have been very active from the first day in camp," said Seruvakula.

He said he expects a lot from the one third of the squad who were part of last year's championship winning side. 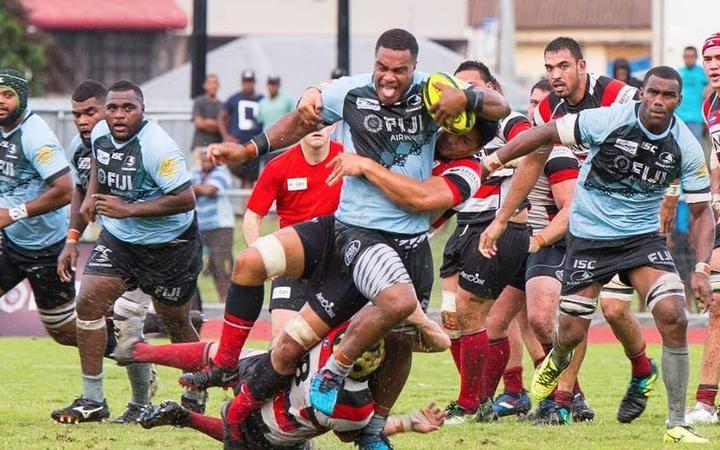 Seruvakula said "The players from last season know the expectation and have been leading with example during the training.

"It's very important to make a good start and I know these players will give their best shot."

Seruvakula said he expects Brisbane City to come out firing on all cyclinders.

"It's going to be a tough game and we need to do our basics right plus keep building momentum.

"We also need to have composure and play for a full 80 minutes," he said.

Kick of is at the Ashgrove Sports Ground in Brisbane is at 3pm this afternoon local time, 5pm in Fiji.

Two new laws are being trialled during this year's National Rugby Championship.

Teams will be rewarded for a strong defence with a goal-line drop-out when the ball is held up in the in-goal area.

They will also be recognised for aggressive territorial kicking with the introduction of a 50:22 play.

Attacking teams that boot the ball indirectly from open play or a free kick within their own half and land it either within their opponent's 22 or touchline will earn a lineout throw.

The two law changes emulate rules that exist within rugby league, with the 13-man code already enforcing a goal-line drop-out for teams which hold up opponents in their in-goal area.