The Flying Fijians have named a youthful squad for the Rugby World Cup in Japan next month.

Dominiko Waganiburotu will captain the side which has 15 Rugby World Cup debutants in its ranks and five players stepping out for their third major tournament. 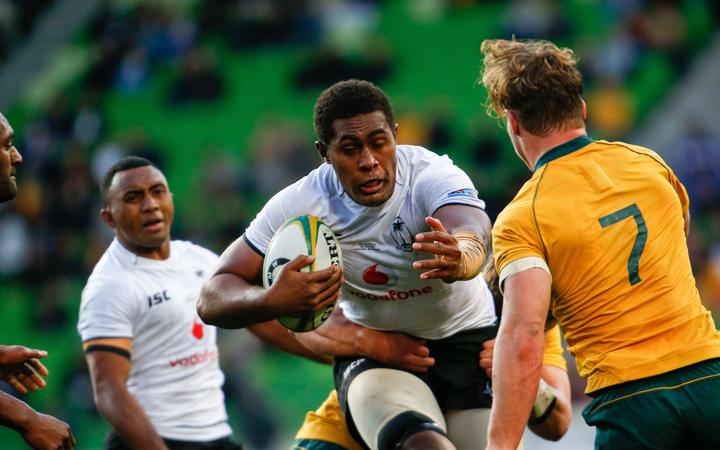 Edinburgh star Viliame Mata is back for the Flying Fijians. Photo: PHOTOSPORT

In a statement from Fiji Rugby, head coach John McKee reminded the players of the great responsibility they have been given to represent their country.

"With 35 days until our opening match against the Wallabies now is the time to step our preparation up in the final phase to ensure we put ourselves in the best position to achieve our performance goals at RWC," McKee said.

McKee added there is only one way to achieve the goals the squad have set.

"They must not merely wish for something special to happen. They must put in the hard work and commitment to make it happen," McKee said.

The Flying Fijians go into camp today and will fly out in ten days time to New Zealand to play their final build up test against Tonga on 31 August at Eden Park.

You can check the Rugby World Cup 2019 schedule here.