The United Nations and the international community have been accused of being either dishonest or too weak to help workers in Fiji.

Former prime minister and trade unionist Mahendra Chaudhry says the UN agencies are aware of the pressures against unions in Fiji but are not doing anything to help workers.

In the latest restriction, a permit application by unions for a protest march last weekend was declined by police.

Mr Chaudhry, who is the leader of the Fiji Labour Party, says the international community needs to do more for Fijian workers who have been unable to freely assemble or express their rights.

"The UN agencies in Fiji - they're too close to the government. And they are not actually reporting the ground realities, the serious violations of human rights in Fiji, the denial of workers rights and generally the authoritarian manner in which this government is governing the country," Mahendra Chaudhry said. 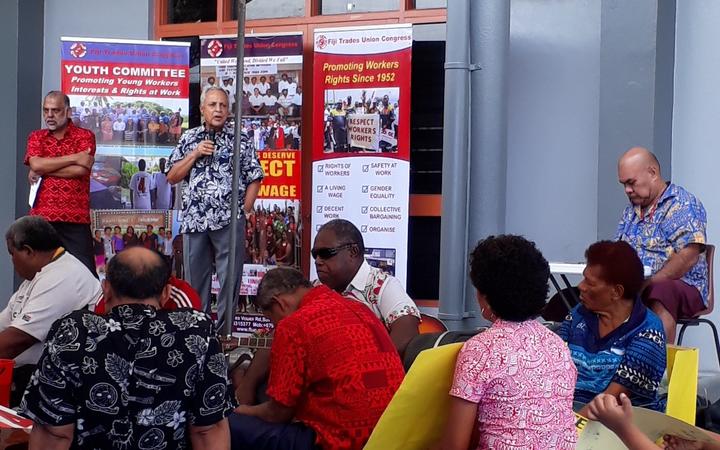 He said it is time to involve other sectors of the international community.

"This also applies to UN agencies operating in the country," he said. "For too long they have been having it good here.

"They co-habit with the government of the day and they don't take the message of the people in Fiji back to the UN headquarters in New York."

Mr Chaudhry said the trade union movement in Fiji should take its grievances directly to the international community.

"We have to internationalise our grievances and take them directly to the international community if we want to bring a closure to the long-standing violation of our union and workers rights by the current government," he said.

He also criticised the international financial institutions who have offices in Fiji.

"It seems as if they are on a holiday and in most cases, they accept the government figures and government statements on face value."

Mr Chaudhry said trade unions not only worked for their members but for society's poor, underprivileged and the oppressed.

He said in a country where trade unions were not free, there was no democracy or freedom.

"We don't have the right to association, assembly, and expression," he said.

"These are very fundamental to democracy. If you can't assemble, then there is no freedom.

"It is unfortunate that the international community is not recognising this fact."

He said it was obvious the people of Fiji have lost their basic rights.