The French Polynesian president has said he hopes the much delayed Chinese fish farm project on Hao atoll will start before the end of the year. 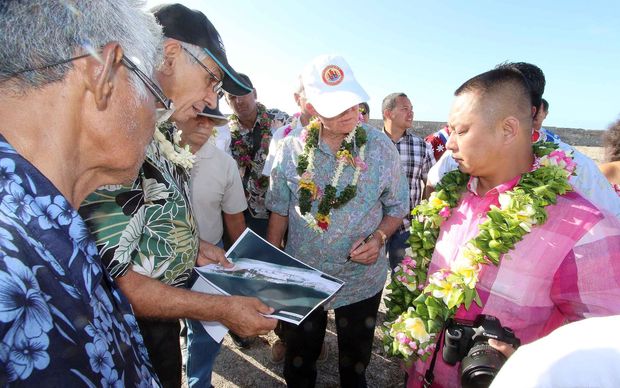 The project is reportedly worth $US320 million after it was scaled back from an initial investment sum of $US1.5 billion mooted five years ago.

Interviewed on local television, Edouard Fritch again expressed optimism that the project by the Chinese company Tahiti Nui Ocean Foods will be realised.

Mr Fritch says the latest delay is due to processing of new permits required to accommodate alterations to the number and size of the fish enclosures.

There is no clearance sale, he said.

"We make sure the rules are applied, all the rules. And we don't do it because we need money or we need business activity," Edouard Fritch said.

The project on Hao is the second major initiative of his government that has repeatedly missed deadlines.

The other is the Tahitian Village tourism resort which is looking for investors after a New Zealand consortium's failed three attempts to raise the $US700 million needed for its launch.