Overcrowding on Tuvalu's main atoll of Funafuti is suspected to be behind high rates of rheumatic heart disease among children living there. 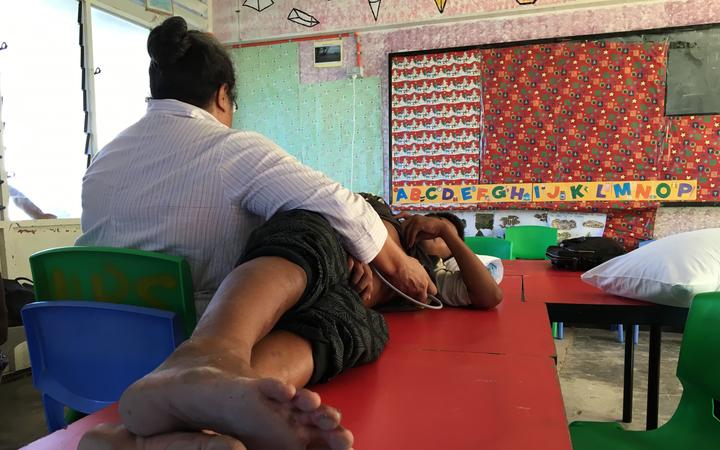 A boy being screened for rheumatic heart disease in Tuvalu Photo: RNZ/Sally Round

Specialists were on the atoll last month to screen children for the disease which starts with a sore throat and can end up damaging heart valves, and lead to early death.

The Tongan paediatrician who has been at the forefront of efforts to tackle the Pacific's rheumatic heart disease epidemic said the region is second only to Africa for prevalence of the condition which is associated with overcrowding and poor sanitation.

She said that was very evident on Funafuti, a small island and home to more than 60 percent of Tuvalu's population.

"The loss of land and a growing population will just squeeze the population to whatever is available. There is no land in Funafuti ... and the risk is just getting higher," she said.

"In every country that started screening, they will find very high rates and over time with the establishment of the programme, hopefully that will come down," she said.

Families were very motivated to take steps against the disease and the authorities were also keen to strengthen the system to support children in having regular preventative injections of penicillin, according to Dr Fakakovikaetau.