The cult was labelled barbaric by the court, its followers enslaved in Fiji and forced to endure beatings and labour. But while the leader of Grace Road Church was jailed in South Korea on Tuesday, the businesses she founded in Fiji are humming along nicely.

Shin Ok-ju was sentenced to six years in prison after a court found her responsible for detaining as many as 400 followers in Fiji.

Those followers, the court said, were subjected to violent beatings, barbaric rituals and forced labour, either on a church-owned plantation or at one of a network of businesses around the country.

Shin asserted "absolute authority" over her followers, the Suwon District Court said in a statement. Five acquaintances were also convicted and meted punishments that ranged from suspended sentences to 42 months in prison.

To the followers of Grace Road, Fiji was the promised land from the bible. The one place on Earth that would survive an impending apocalypse.

Hundreds of Shin's South Korean followers cashed up their life savings and moved thousands of kilometres to work at Grace Road's compound at Navua, south of the capital, Suva.

Among those followers was Seo-Yeon Lee's mother, who handed over her life savings and moved in 2014. Ms Lee, who was studying in the United States at the time and was sceptical about her mother's involvement with Grace Road, moved there after being convinced by her mother.

There, she said, their passports were seized along with their belongings. People would disappear to endure ritual beatings under a brutal regime at a compound run by Shin's most loyal followers.

"It is a very harmful cult and they're harming the community," she said. "It hurts children, it tortures people."

For Ms Lee, Shin's sentence is not long enough.

"I'm just a little, to be honest, disappointed," she said. "I don't think six years is enough for what she's done. The punishment does not fit the crime."

After two weeks, Ms Lee first tried to escape the Grace Road by trying to ring the police, she said. But minutes later, she found that someone had phoned to tell them that she was mentally unstable, and to ignore the call.

After that attempt, the phone lines were cut off and Ms Lee was placed under surveillance.

Eventually, she managed to sprint out of the gate for a passing police car and sought refuge at a police station, chased by a van full of Grace Road followers. She eventually left the country on an emergency passport.

She hasn't seen her mother since.

For those who stayed at Grace Road - as many as 400, according to the South Korean prosecutors - they were forced to work at the Navua plantation, preparing for the apocalypse, or at one of the church's several businesses.

Those businesses have grown extensively since Grace Road first arrived in Fiji in 2014.

Its business arm has also cultivated relationships with the highest levels of government, with departments who have supported land leases, and ministers who have spoken effusively about Grace Road's work and presence. 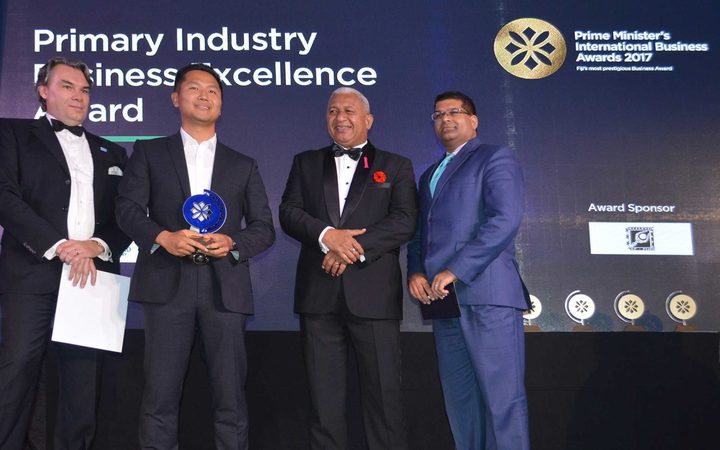 But Grace Road's growth has continued even in the year since Shin's arrest at Seoul's Incheon Airport in July 2018, according to Wilfred Regunamada, a spokesperson for Fiji's Methodist Church, the country's largest denomination.

Grace Road businesses - including ice-cream parlours, restaurants, retail stores and salons - are still open across the country, its plantation is still in full operation, and its construction arm still holds lucrative government contracts, including to renovate and upgrade the president's residence on the Suva waterfront and the Prime Minister's office.

As recently as Wednesday, a free-to-air television station, Mai TV, was broadcasting Shin Ok-ju's sermons as part of its daytime line-up.

Shin, who calls herself Reverend Esther, stood for an hour before a turquoise wall, proselytising "God's gift for those who are doomed to death."

"The manifestation of their relationship shows how powerful they have [become]," said Mr Regunamada.

In 2016, after Grace Road was labelled a heretic group by mainstream churches in South Korea, the Methodist Church released a circular warning about its presence in Fiji. Mr Regunamada said those warnings had largely fallen on deaf ears.

In a brief three-paragraph statement released on Wednesday night, the Fiji government said it "notes" the sentencing of Shin Ok-ju, stressing that its police had assisted South Korean authorities with their investigation, and that joint-investigations into Grace Road's activities in Fiji were ongoing. 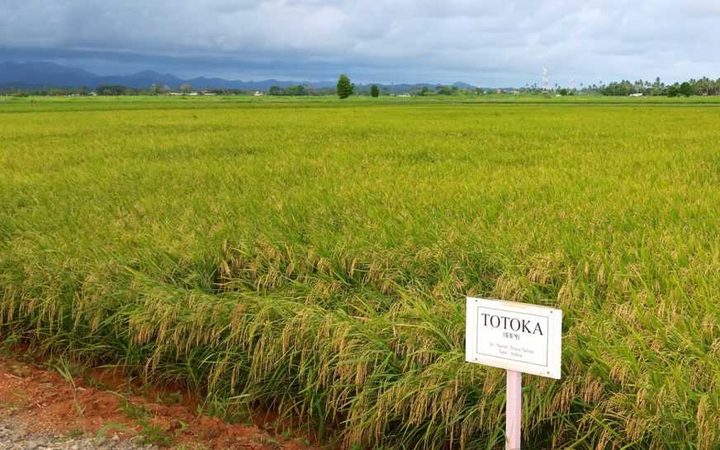 But that didn't go far enough for Seo-Yeon Lee, who wanted all links severed.

"I would want the Fiji government to really just know and see that this church, this cult, is dangerous, and they're not good people," she said. "No matter how innocent they look and how accommodating they are."

"They are not people that you can trust. They have hurt so many people and it's got to stop."

Grace Road Church has not responded to requests for comment, but in a statement to RNZ Pacific last year, it said it was a victim of slander, saying that God would reveal the truth in time.

In the meantime, Shin Ok-ju will spend the next six years in prison.