Samoa's campaign to save its national bird, the manumea, was jointly launched on the weekend by New Zealand's Prime Minister. 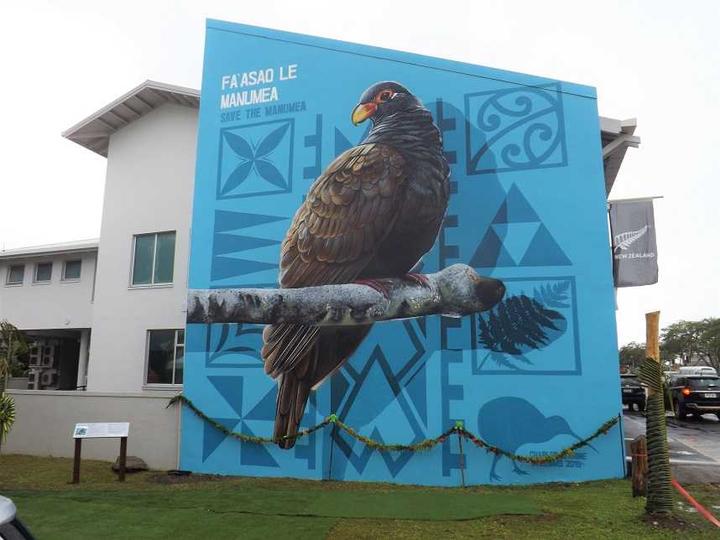 It's estimated that there are no more than 200 manumea in the forests of Samoa, the only country where this species of pigeon is found.

Speaking at the launch, Fiame said the manumea had significant value for Samoa's culture and heritage.

"But many of our people will be unaware of this rather shy and cryptic bird which is now classified by the International Union of the Conservation of Nature as critically endangered and is on the red list of endangered species of 2018."

"There is also some poignancy that our manumea is one of the last living relatives of the dodo, a bird that has been extinct since 1681 but remains an icon of global conservation efforts," she said.

The deputy Prime Minister said the manumea the campaign was designed to do more than simply raise awareness of the endangered bird.

She has called on Samoa's public to consider changing the actions that many are taking which put the national bird and other biodiversity at risk.

Fiamē has encouraged local villages to help the ministry of environment by advising local pigeon hunters to support the campaign for Samoa's national bird.

A manumea mural was also launched last Saturday with a painting of the national bird on the eastern wall of the New Zealand High Commission office in Apia.