Pacific Islands Forum Foreign Ministers have agreed that alleged human rights violations in West Papua must remain on the agenda of the regional body. 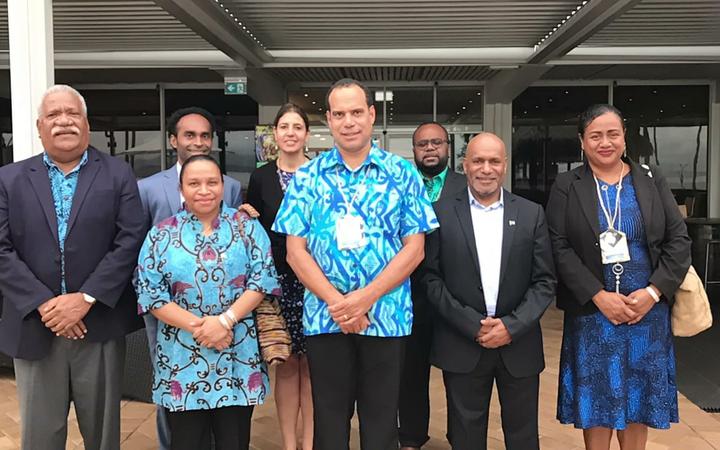 Foreign ministers wrapped up their meeting in Suva at the weekend, laying out the agenda for next month's Forum leaders' summit in Tuvalu.

Discussing the Forum's position on Papua, the foreign ministers acknowledged the reported escalation in violence and continued allegations of human rights abuses in the Indonesian-administered region.

This comes amid ongoing armed conflict between the West Papua Liberation Army and Indonesia's military in Papua's central Highlands.

The ministers called on all parties to work to address the root causes of the conflict by peaceful means.

They agreed to re-emphasise and reinforce the Forum's position of raising its concerns over ongoing violence and abuses in Papua, a position taken in 2016 by Forum leaders.

While the ministers said they seek open and constructive dialogue with Indonesia on these issues, some Forum governments remain frustrated that earlier requests for Jakarta to allow a Forum fact-finding team in to Papua came to nothing.

Meanwhile, the Forum ministers said they welcomed an invitation by Indonesia for a team from the office of the UN High Commissioner for Human Rights to visit West Papua.

Near the start of the year, the office of the commissioner, Michelle Bachelet, confirmed that Indonesia had, in principle, agreed to grant her office access to Papua.

However, Ms Bachelet's predecessor in the role, Zeid Ra'ad Al Hussein, last year voiced concern that an earlier Indonesian government invitation for the office to visit Papua had not been honoured.

The Forum foreign ministers "strongly encouraged both sides to finalise the timing of the visit and make every endeavour to provide a report on the situation before the next Pacific Islands Forum Leaders meeting in 2020".