A new report on the contamination near a US Army Garrison in the Marshall Islands confirms that fish around Kwajalein Island contain dangerous levels of toxic chemicals. 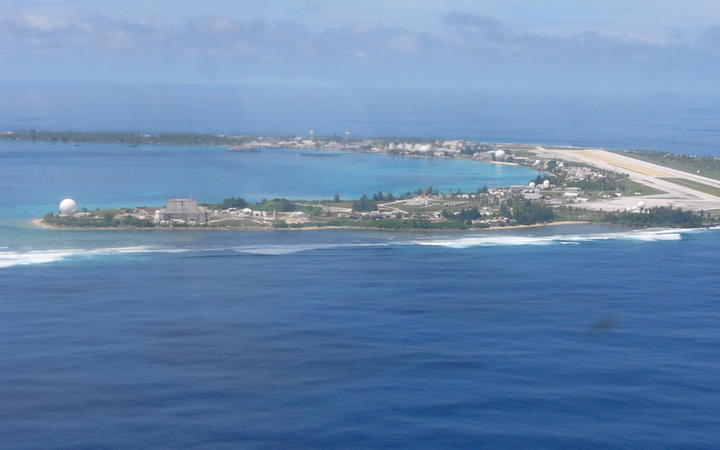 The latest US Army report confirms that fish in many locations on Kwajalein Island and nearby islands on the west side of the atoll contain dangerous levels of arsenic and PCBs - all seriously toxic chemicals.

"Cancer risk and non-cancer hazard are unacceptable for adult and child Marshallese residents under numerous evaluated fish consumption scenarios," said the report into the contamination of reef fish at the US Army Garrison - Kwajalein Atoll.

The contamination is the result mainly of waste from industrial vessel operations in the Army's port and leaching from the Kwajalein landfill that has contaminated reef fish in the area with toxic materials.

It also stated that the consumption of reef fish from Enubuj and Ennylabegan (islands) poses similar health concerns, and that non-cancer hazard is also unacceptable for Marshallese adults at all these areas.

However, the report cautioned that the risk identified did not mean people eating fish from the contaminated areas will get cancer.

"Rather, these calculations reflect an increased likelihood of cancer over baseline estimates."

The Army report also pointed out that one of the goals of the study was to come up with an "advisory" about safe levels of fish consumption.

But, it stated, "based on the subsistence fishermen exposure assumptions, there is no level or type of fish consumption from the subject study areas that is without risk for Marshallese people".

However, the same warning didn't apply to American adults because they do not consume all parts of reef fish as Marshallese fish eaters do.

About 900 Marshallese work at Kwajalein and commute daily from Ebeye Island, about three miles away.

A significant number of Marshallese base workers now reside at Kwajalein Island.

Historically, many Marshallese base workers have fished on Kwajalein Island where fish are seriously contaminated with PCBs, arsenic and other hazardous materials.

Reef fish in the vicinity of Ebeye Island, where about 12,000 Marshall Islanders live, was not studied.

"Reef fish should not be consumed from the industrial and recreational study areas at Kwajalein Islet," the report said.

Despite warning signs that fishing is prohibited in Kwajalein Harbor and the landfill area, "anecdotal evidence indicates that some Marshallese workers and Kwajalein residents continue to fish there," the report noted.

The Draft Update to the Kwajalein Atoll Fish Consumption Risk Assessment of 2016 was prepared by the US Army Public Health centre in Maryland and released last week.