Tonga have finished third at the World Rugby Under 20 Trophy after beating Uruguay 29-27 in São Jose dos Campos, Brazil.

The Kingdom trailed 15-3 midway through the first half before scoring four straight tries to lead 29-15 just before the hour mark.

The South Americans were awarded a penalty try to cut the deficit to seven points with 22 minutes remaining and scored again two minutes into stoppage time but missed a conversion that would have levelled the scores. 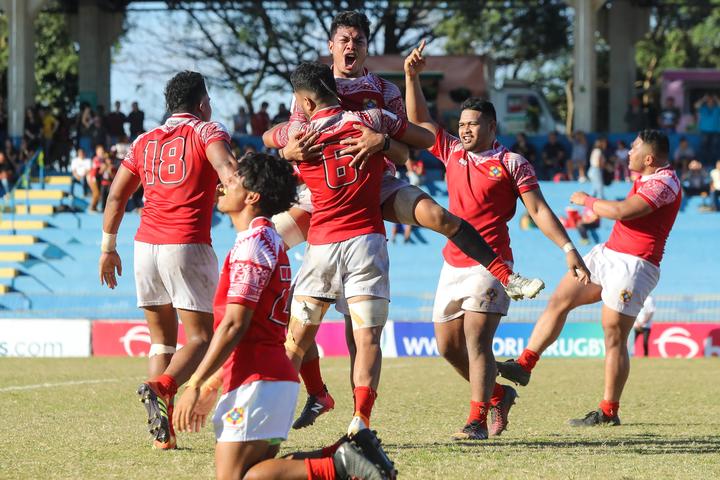 Tonga celebrate after Uruguay missed a conversion attempt with the final kick of the game. Photo: Brasil Rugby / Fotojump.

The boot of Baby 'Ikale Tahi first five Filipe Samate proved the difference in the match as he opened the scoring with a penalty and converted three of Tonga's four tries.

The Kingdom pipped Canada 26-25 in the opening round and thrashed Hong Kong 64-12 but were thumped 40-3 by Portugal in their final pool match to miss out on the tournament final and a chance to win promotion. 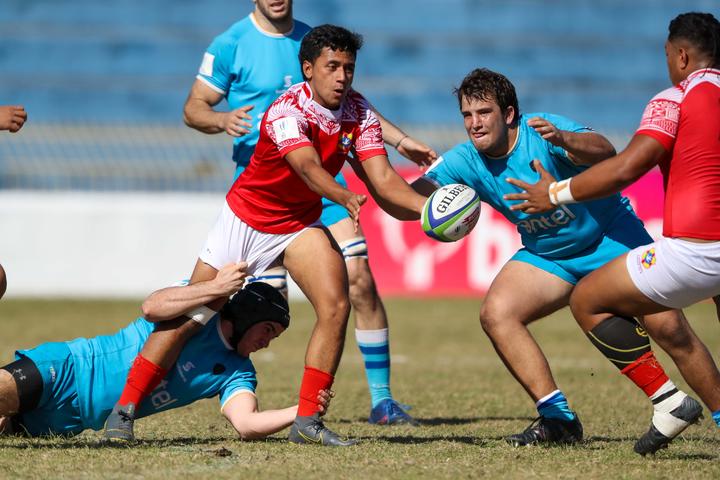