Guam have defended their Pacific Games men's basketball title, holding off a late comeback from Tahiti to prevail 83-74 in the gold medal match. 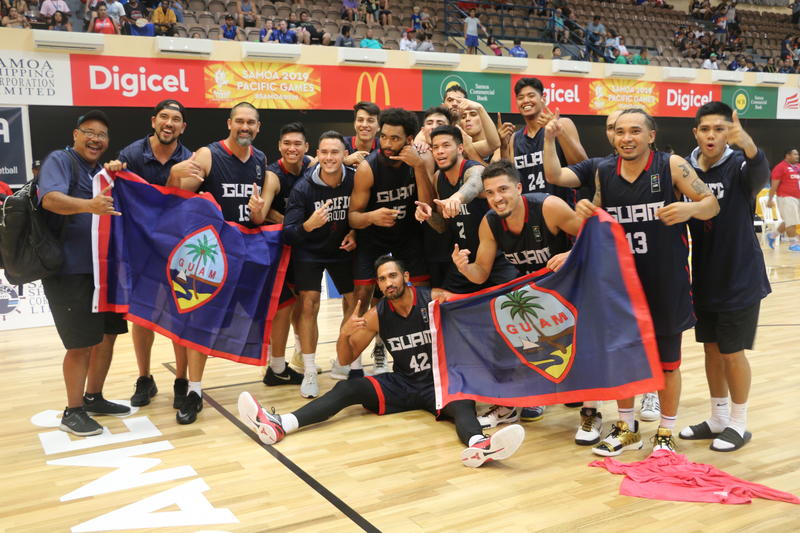 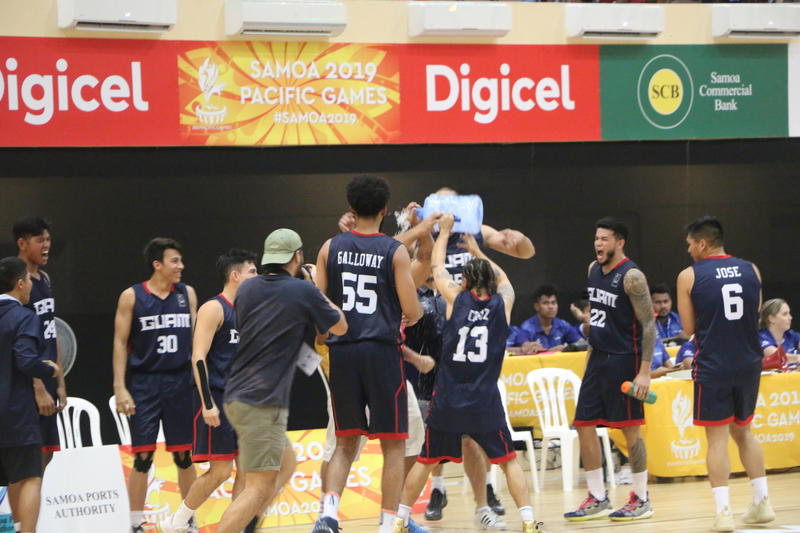 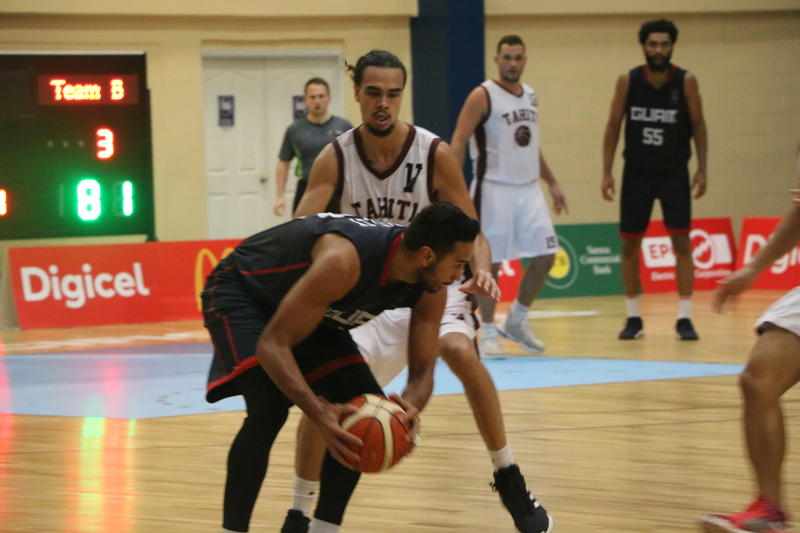 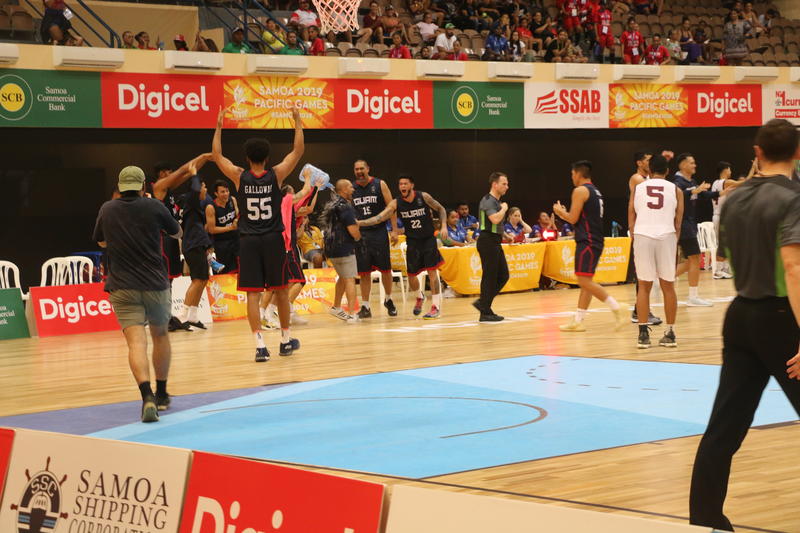 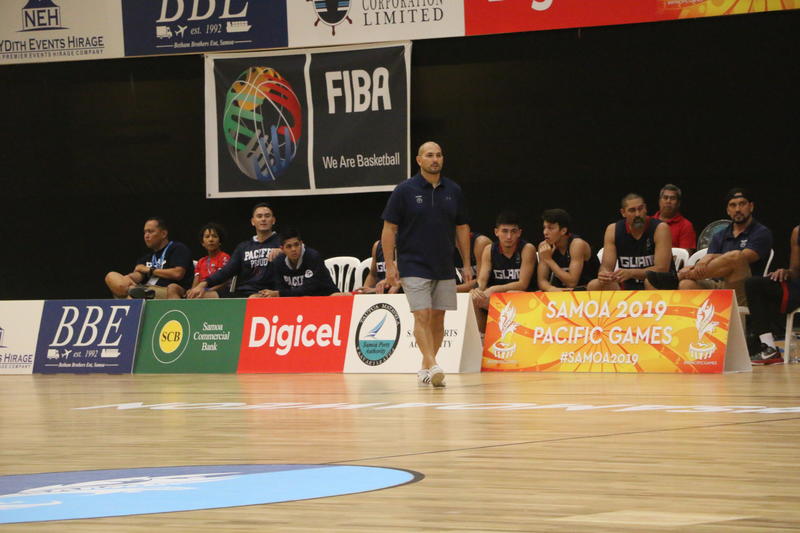 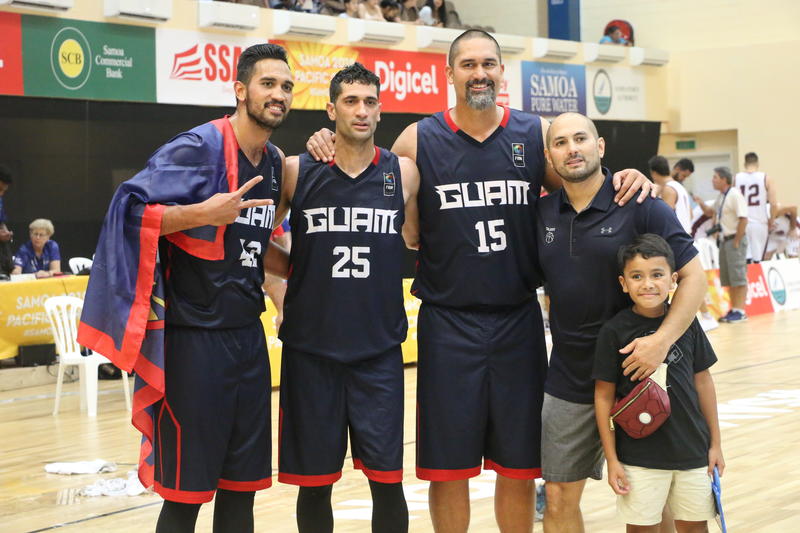 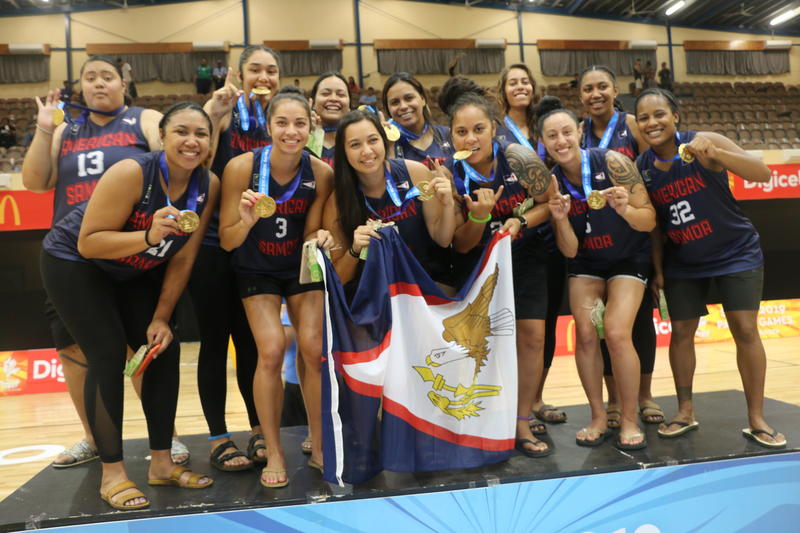 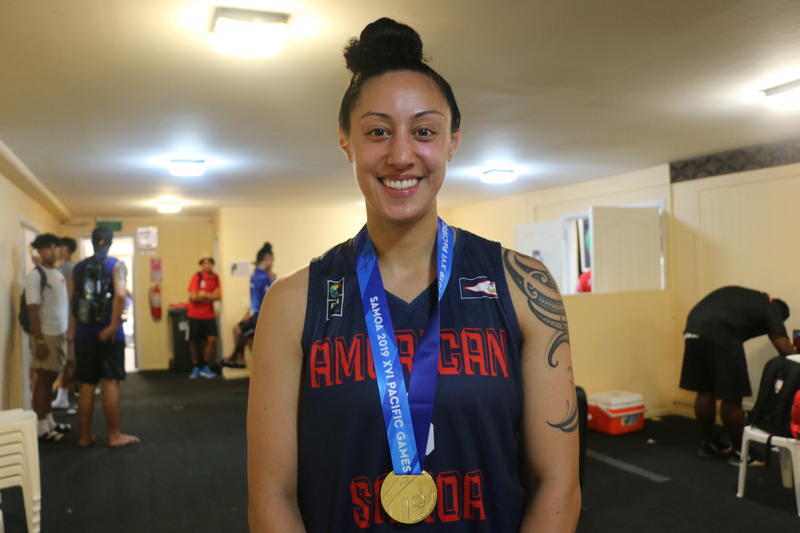 The US territory led throughout the match and opened up an 18 point buffer during the third quarter before Tahiti went on a run to slash the deficit to just five points with seven minutes remaining.

But a couple of big buckets and some lockdown defence ensured Guam held on to secure back to back Pacific Games gold medals.

Veteran power forward Tai Wesley led the way with 24 points, eight rebounds and two steals, and said they had to work hard for their win.

"You can't discredit Tahiti. They way they went through - they beat Fiji yesterday on a buzzer-beater (in the semi finals), they finished third in their pool, give credit to those guys. They fought their butts off, I thought they had a great game-plan and luckily we outlasted them at the end," he said.

Guam head coach EJ Calvo said it feels incredible to be the first men's team to defend the gold medal since 1991.

"It's an extremely difficult thing to repeat as gold medallists in this tournament. It hasn't been done in a long time for a reason and I'm proud of my guys for fighting."

"Tahiti deserves all the success in this tournament - they fought really hard, played tough and they gave us a great game. I know the crowd enjoyed it and I'm just proud of my guys for sticking with it and defending - when the offence wasn't there we played great defence," he said.

Tai Wesley was also a part of the Guam team that won gold in Papua New Guinea four years ago and said competing at the Pacific Games is special for him and his family.

"It was such a cool experience for me the first time, it felt like a mini Olympics, so to keep coming back and playing with this group of guys, represent Guam, it's exciting, it's fun. It's something I enjoy...having two brothers on this team, two older brothers who I wanted to be like as a kid and now I get to play with them, carry the load, have fun with them so it's been great."

Guam will compete in the final round of qualifying for the FIBA Asia Cup later this year and Australian NBL star Wesley said the team is going places.

"I think we've taken leaps and bounds. You look at what we did in Thailand to qualify and beat all those teams convincingly (in the FIBA Asia Cup pre-qualifying tournament last year and now to) come here sweep this tournament. Guam should be on the map now, Guam basketball," he said. 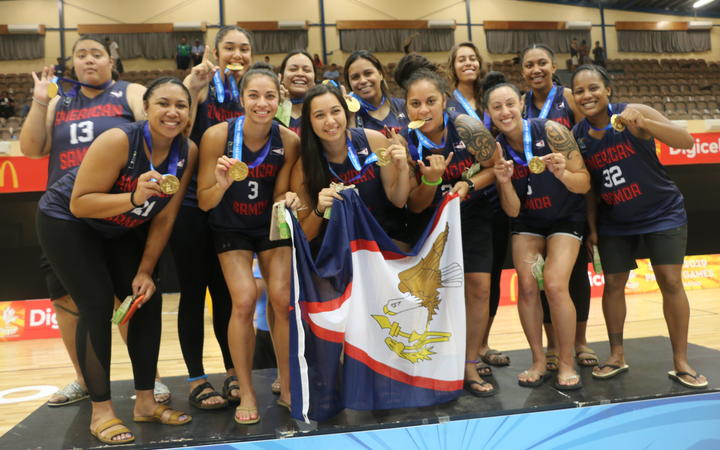 The US territory raced out to a 24-13 lead after the opening quarter but could only manage six points in the second as Fiji closed the gap to just two points at half-time.

However that proved to be a temporary blip as American Samoa outscored their opponents by 19 points in the second half to seal a historic win.

Captain Sarah Toeaina led from the front with 29 points and 12 rebounds.

"We knew it was going to be a tough match and so we knew it also was a rematch (of the final) from the last Games so we took that, we ran with it and we didn't want to come out and let them hit us first, so we always said the first three minutes come out gunning," she said.

What makes American Samoa's victory all the more remarkable is that the entire squad was making their international debut in Apia and two weeks ago most of them had never met each other.

Sarah Toeaina said despite all 12 players being based off-shore they had an instant connection on and off the court.

"We are all from the United States so many of us are from California, Utah, Oregon, Washington and some from Hawaii but you couldn't even tell that we just met a couple of weeks ago. You would think that we'd been playing together for years so I think that was one of the things on the upside."

Sarah Toeaina said some players had never been to American Samoa before being selected for the Pacific Games and it was very special for the squad to visit the territory and meet their family members, some for the first time.

Meanwhile host nation Samoa came from behind to pip Guam 87-85 in the women's bronze medal match.