This weekend's test match between the New Zealand Māori and the Flying Fijians is going to be extra special for Isaia Walker-Leawere. 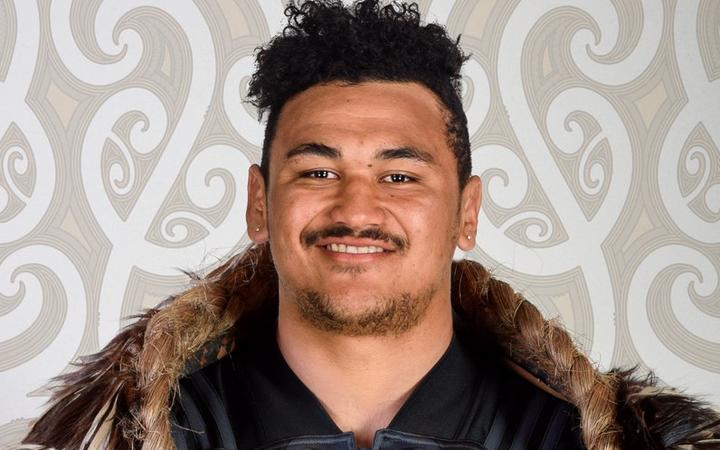 Maori All Black Isaia Walker-Leawere will take on the Flying Fijians in Suva on Saturday. Photo: Supplied

The Gisborne youngster is a former New Zealand Under 20 rep and Hurricanes player.

He said he is proud to represent the NZ Māori and looks forward to playing against his Fijian brothers in Suva on Saturday.

"[It's] pretty surreal. Just feels different from just coming in and out of training to be named in the squad. Pretty much nervous for the season coming but will see what happens."

Walker-Leawere was in fine form for the Hurricanes in the Super Rugby competition this season.

He debuted for the NZ Māori against Brazil last November.

Walker-Leawere said the move to Wellington from the East Coast of New Zealand after school was hard.

"I think moving away from home was pretty tough like getting used to a big city but yeah that's probably the biggest challenge that I have faced and I'm just putting in the effort and everything I do and I'm making the right decisions."

He has a message to other boys who want to join the Māori All Blacks.

"Stay out of trouble. If you really want to be a Māori All Black, you can work hard, and you'll be rewarded."

Walker-Leawere hopes to follow in his father's footsteps and don the Ngati Porou East Coast rugby jersey one day.

"I've already thought maybe one day as we start wrapping up the Māori tour, I will try and get home and have a season or two."

Meanwhile, Fijian coach John McKee may be forced to leave out key backline threats including Semi Radradra and Vereniki Goneva for Saturday's match.

Josh Matavesi, Nikola Matawalu, Radradra and Goneva are undergoing rehabilitation for injuries picked up at the end of last season with their European clubs.

McKee said he would assess the players carrying injuries before making a decision on their fitness in the build-up to the game which sees Fiji attempting a first win over the Māori in 62 years.

McKee said his main concern would be turning up at the World Cup in Japan later this year with his entire strikeforce fit.

The New Zealand Māori play Fiji in Suva on Saturday and then again on 20 July in Rotorua.