The United Nations has been called out on its silence over the decolonisation process in French Polynesia. 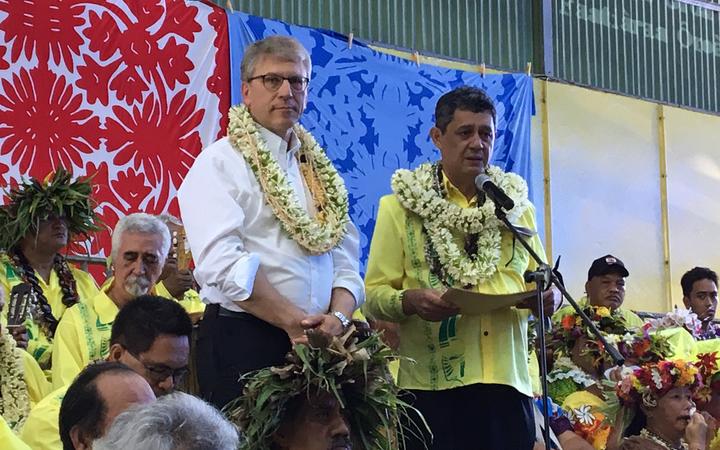 The French territory was reinscribed on the UN decolonisation list six years ago, but France has refused to engage in a process to deal with those seeking to regain sovereignty.

Last month, the Pacific Conference of Churches joined the Maohi Protestant Church at the UN and criticised the world body for its lack of action to get reparations for the victims of the French nuclear weapons tests.

"Otherwise really what you're having is just having a meeting every year and the process does not continue. If there is a political will, if there is a true desire to ensure that territories go through this process of decolonisation, then there needs to be a work programme and there needs to be a budget allocation. And the lack of this, the lack of movement of this and the silence of this issue is deafening."

Rev Bhagwan was part of the delegation to the UN which was made up of representatives of the Maohi Protestant church, of young people, the Moruroa e tatou - the organisation championing the issue of justice for the nuclear test veterans and representatives from the local communities.

"The French-occupied Polynesia territory, as we know in the Pacific as Maohi Nui, has been reinscripted on the list of territories for decolonisation joining Kanaky-New Caledonia," he said.

"So, a delegation from Maohi Nui French Polynesia accompanied by the Pacific conference of churches to the UN sitting of the special committee on decolonisation."

Rev Bhagwan said one of the petitions included in the draft resolution from the C24 meeting will be brought before the UN General Assembly.

"This is around the issue of the recognition of the health and environmental impacts for nuclear testing conducted by France as the administrative power of the territory over 30 years," he said.

"The C24 recognizes the concerns of the territory as raised by Moruroa e tatou moral ethical related to the consequences of those activities for the lives and health of the people, especially children and vulnerable groups. 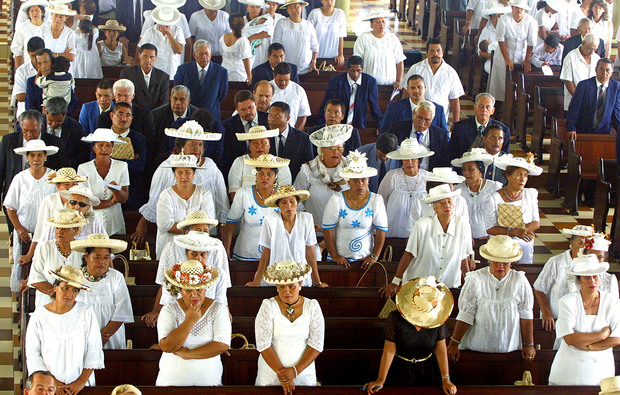 Rev Bhagwan said the resolutions reaffirm the right of the islanders to self-determination.

"It reaffirms the inalienable right of the people of Maohi Nui to independence and calls for this process to begin."

"It also has taken on board that there is a need for C24 to send a delegation to Maohi Nui to do a fact-finding mission and support that process," he said.

The president of the Ma'ohi Protestant Church, Taaroarii Maraea, said they would continue to monitor how the "UN deals with these stealth diplomacy tactics in future.

"President Emmanuel Macron stated that colonization is a crime," Reverend Maraea said. "It's a crime against humanity. It's truly barbarous and its part of a past that we need to confront by apologizing to those against whom we committed these acts.

"At the same time, we must not sweep this past under the rug."

"However, the actions of a UN member State and P-5 member - is that of a contemporary colonial power utterly dismissive of Article 73 of the UN Charter, reflecting the opposite of his earlier lofty words.

"It is, in fact, doing its best to 'sweep the issue under the rug' by seeking to persecute those who have stood bravely in the face of the colonial power," said Rev Maraea.

The UN's chair of the special committee, Keisha Aniya, said petitions were heard from 12 non-self-governing territories and approved 22 resolutions.

Noting that one year remains until the end of the third International Decade for the Eradication of Colonialism (IDEC 2011-2020), Ms Aniya said more efforts are required to make progress towards full implementation of all relevant UN resolutions including the Declaration.

"The Special Committee will and should continue to play its role in advancing decolonization as mandated by the General Assembly," she said.

The UN General Assembly will meet in October to discuss the Maohi Nui French Polynesia resolution.