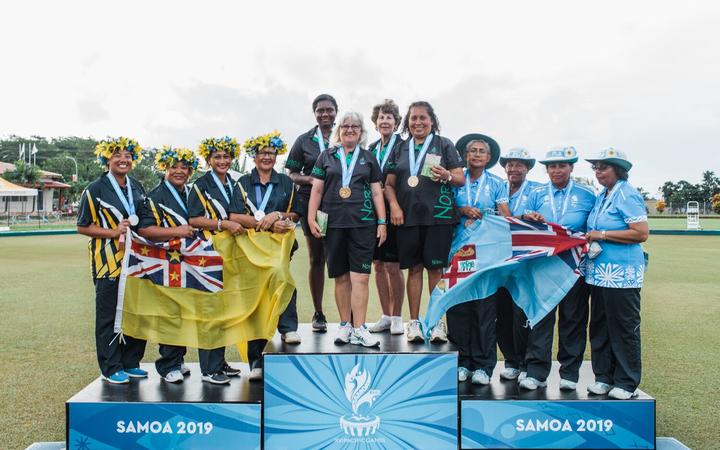 Norfolk Island have won gold in lawn bowls to claim their first medal of the Pacific Games. 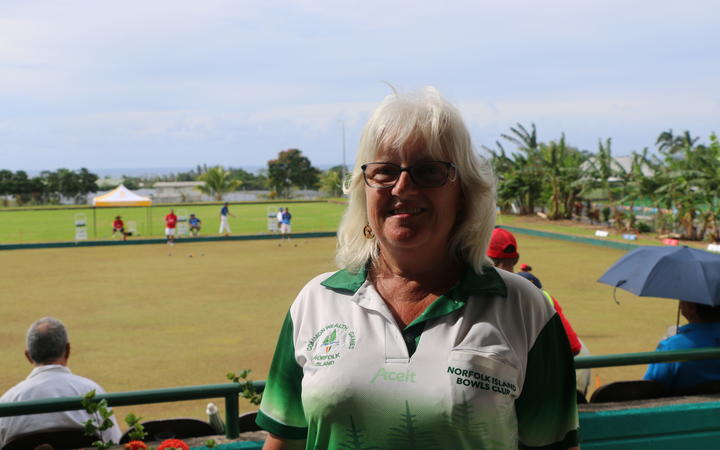 Petal Jones was a part of Norfolk Islands' gold medal winning women's fours team, having only been released from hospital on Sunday following a bout of pneumonia. Photo: Vinnie Wylie/RNZ Pacific

It's a first ever Pacific Games medal for all four members of the team and Jones, who was admitted to hospital on Friday with pneumonia before being released on Sunday in time for the start of competition, said it feels "awesome".

"And we've got a 77 year old lady (Anne Snell) - it's her first international and she's won a gold medal. She is rapt," she said.

"We'd had a very slight win over Niue during the round games so we were confident to get another win today...I think we've always had the edge on our Niue girls but my husband went over recently to coach them and I did threaten him I hope he hadn't coached them to beat us so yeah it came out good."

After getting out to an early lead, Petal Jones said there were a few tense moments when the Niuean team levelled the match.

"Just draw close to that jack and try and cover the back, so the game-plan was working most of the time however in the middle of the game we did drop a couple of fours and a two so they matched the score so we had to dig deep and start scoring again," she said. 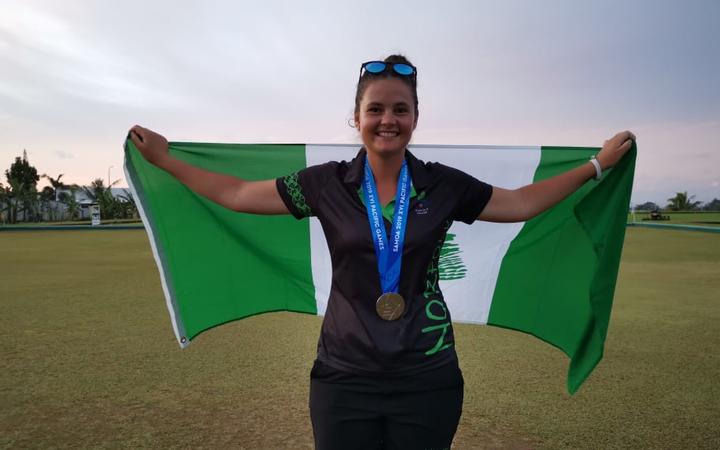 Fiji added another gold medal in the men's triples while Samoa defeated Fiji but were not match for Samoa in the men's pairs final while Tokelau got themselves on the Pacific Games medal table with a bronze. 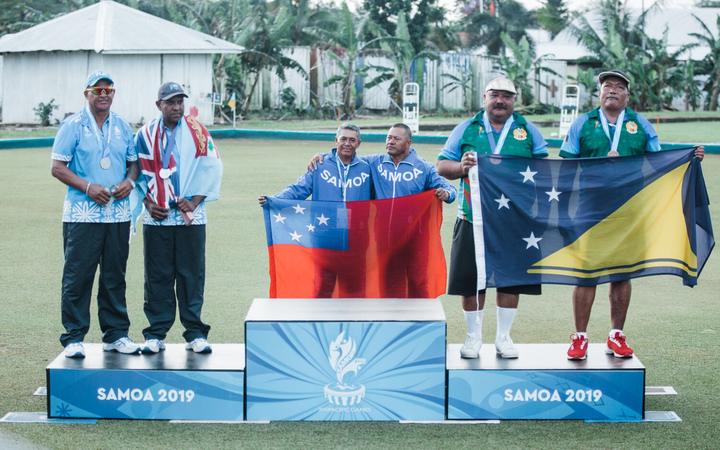