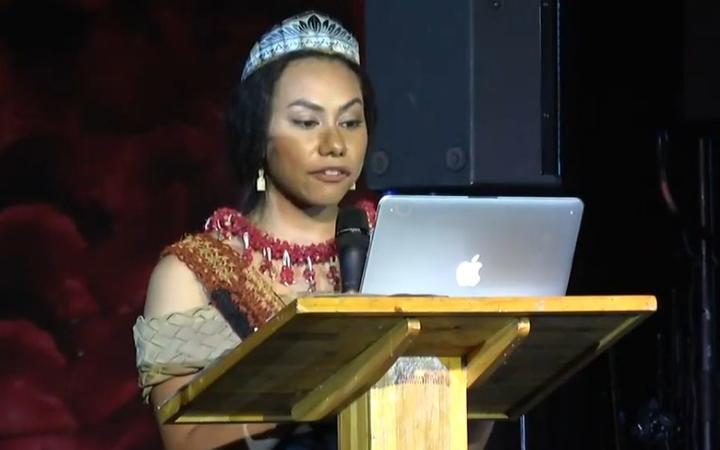 The Nuku'alofa crowd reacted angrily last week to a speech from the former Miss Heilala, Kalo Funganitao, who condemned pageant officials for tormenting and bullying her during her reign, claiming she had been cheated, lied to, backstabbed and messed around.

The Heilala Festival Committee and the Tonga Tourist Association said it was regrettable that Ms Funganitao chose to publicly air her concerns.

In a statement, they said they did not condone any form of bullying or racism and took her allegations very seriously.

However, the pageant should not be used as a platform for advancing individual agendas, they said.

"The Heilala Festival Committee and Tonga Tourist Association remain committed to ensuring the pageant continues to provide a positive platform for young women in their endeavours to showcase their talent and aspirations for promoting Tonga.

"The final night of the pageant competition is to celebrate the 25 contestants' participation and to crown the winner. This was not completed in the usual fashion, which is truly regretted for the 25 contestants, their families and supporters.

"The winner of the Miss Heilala Pageant 2019-20, Ms Yehenara Soukoup, is congratulated with well wishes for a productive and enjoyable reign over the coming year."